Going against the shouts of the crowd is nothing new to former Member of Parliament Dr Enoch Karl Blythe, who is trying to unseat Portia Simpson Miller as President of the Opposition People’s National Party (PNP).
And Portia Simpson Miller is not the only leader who got an up close and personal message from Blythe that the exit gate was open and ready to be used.
Dr Blythe, who shocked the local political scene last month when he announced that he would challenge Simpson Miller, also had his say when former Prime Minister Michael Manley stood up to ask Comrades if they wanted him to stay or leave the area, as he approached the final leg of his political career.
It happened in 1992 at a meeting of the National Executive Council (NEC) of the PNP at the University of the West Indies, when Manley, who was facing health challenges, got overwhelming support by way of shouts from the floor, that he should continue, save for a lone soul who stayed in his seat and kept quiet … for the time being. 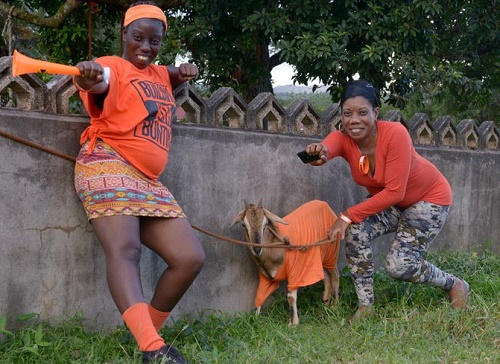 “Michael Manley came into the NEC meeting in 1992 after he had his problems with (PJ) Patterson, and he jumps up, ‘ready, ready to go, tell me when a must go, a ready’.
“Everybody in NEC jump up ‘no, no, no, no way’. Unfortunately fi this one boy, mi dey a front bench, and fi tell you the truth, mi knees couldn’t allow me to rise because I knew it was time for him to go,” Dr Blythe told the aJamaica Observer last week.
“And all of them big shots who jumped up, including the Vice-Presidents and say no, no, you can’t go, they also knew that it was time for him to leave.
“When the meeting was done Michael sent for me just to find out why I didn’t stand and I told him I believe it’s time for him to go.
“I was the only one in the entire room at UWI not to rise. He said to me ‘I noted that you did not stand, why?’ And I told him. I told him that it was a medical thing, and I actually said to him ‘I would much rather the party had access to you for many years to come, rather than you stress out yourself as leader now and we lose you in a couple years.
“The other reason I gave him was a little more personal — he had just found real love and I felt he should live to enjoy it, and he took it. I can’t say it’s because of me why he resigned, but he left soon after that,” Dr Blythe said.
Manley, who succeeded his father, Norman, as President of the PNP in 1969, led the party to a General Election victory in 1972, and held power until 1980 when the Jamaica Labour Party, with Edward Seaga at the helm, triumphed.
But Manley, who stayed on as PNP President after the defeat, again held onto the reins of power when the PNP won the 1989 General Election. It was shortly after that Jamaicans became aware of Manley’s health challenges.
He quit as party President in 1992 and was succeeded by PJ Patterson who defeated Simpson Miller in a run-off for the top job. Manley died from cancer in 1995.
Before that, Patterson called a General Election in 1993 and won by a landslide.
Almost 13 years after Patterson became Prime Minister, he retired in 2006, making way for the elevation of Simpson Miller, who defeated Dr Blythe, Dr Peter Phillips, and Dr Omar Davies in a run-off that same year.
Now, Dr Blythe insists that Simpson Miller has run her race and, like Manley and Patterson, must pass on the baton.
“When I looked at Portia at a recent meeting and say to her, you called an election when your party was not ready, is your fault Portia, the Comrades in the meeting couldn’t believe it. But it had to be said,” Dr Blythe insisted.
“So when a leader looks at you and tells you ‘If you challenge me you do so at your own peril.’ My God… my constitution, my founding fathers in the party guaranteed me that right to do so. So how can they ever look and tell me that I do it at my own peril? Every single year the constitution says there is a vacancy for leader, and vice-presidents at annual conference. And you going tell me if I do it I challenging you? No man! We are in trouble. It is so plain to see.
“It’s not a matter of whether I am going to get more votes than Portia, it’s a matter of whether you are going to stimulate Portia to stop, reflect on her family and say it’s time for me to set a timetable now and go in the very near future. It is time for the delegates who are supporting her. Those who you hear on radio and TV [and on]
Facebook, to say, when Norman put us together with the other founding fathers, was he talking about himself, or was he talking about the party. Where am I where am I?
“If I meant anything bad I would have gone behind Portia’s back and say things. But when I spoke with her first, I thought she would have at least called me and say ‘Blythe, why?’ And I could truly sit with her and tell her why I am thinking that way,” Dr Blythe said.