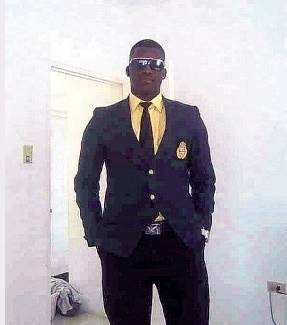 THE funeral service that was planned for slain police Constable K’Mar Beckford yesterday had to be postponed after the Independent Commission of Investigations (INDECOM) ruled that more bullets needed to be removed from his body.

The funeral was set for the Springfield Moravian Church, north-west St Elizabeth, where Beckford lived, but the family learnt late last week that, following a post-mortem and an unscheduled X-ray of the body at the Savanna-la-Mar Hospital, more gunshots were detected that needed to be removed as part of the ongoing investigation.

Beckford, 25, who was stationed in Westmoreland, was shot dead by an inspector of police who told investigators that the off duty, junior law enforcer had tried to rob patrons at a bar in the sea coast town of Hopewell, western Hanover on the morning of April 4. Investigators were also told that the inspector and a woman were shot in the incident.

However, that story has been vehemently challenged by Beckford’s family members of which suggested that he was shot in cold blood, and asked that a thorough investigation be done.

The post-mortem was postponed three times before its last scheduled date of Monday, April 27, listed at that time as the last case to be done that day. But following the publishing of an article by the Sunday Observer on April 26, the examination was done as the first case that Monday morning.

The Sunday Observer understands that the post mortem revealed that Beckford died of “multiple gunshot wounds”. One source close to the investigation, being conducted by INDECOM and the Inspectorate of the Constabulary revealed that he had also received no fewer than 10 shots, with one to the back of the head.

Following last Monday’s post-mortem, the body was taken for an X-ray, which showed several bullets still lodged. The body, which is being kept by Doyley’s Funeral Home in Westmoreland, will be sent to Kingston for the bullets to be extracted by Tuesday, the Sunday Observer has been informed.

Contacted for a comment yesterday on the latest developments, Lenorah Thomas, mother of the deceased man, said that the family had been taken off guard by the forced postponement of the funeral.

“I learnt only Thursday night that I would have to put off the funeral, and it was someone from INDECOM who called and informed me,” Thomas said.

“The whole world is watching this case. I don’t want anybody’s blood to flow, I just want the record to be set straight. The first report that the police gave served to try my child and found him guilty. The only people who believe that report are the police in Hanover. They have brought the police force into disrepute and shamed a family.

“The stories that came out are the furthest from the truth, [and] I want to thank the many people who have called me to encourage me and my family. I am not forsaken. God is on my side and is helping me through this,” said Thomas, an educator.

The postponement of the burial, after the family received the signed burial order last Tuesday, resulted in several family members and friends turning up for a wake which had much planning invested in it, as they were unaware of the late change.