MOTHER AND 12 YO SON SHOT DEAD

A pall of gloom now hangs over the community of Tucker, St James, following the murder of a 12-year-old student and his mother by gunmen early this morning.

Reports are that about 2:45 am the mother and son, as well as other family members, were at their Tucker residence when gunmen kicked open the door and opened fire.

The mother and son received bullet wounds and were taken to hospital where they were pronounced dead.

The other occupants of the house were not harmed. 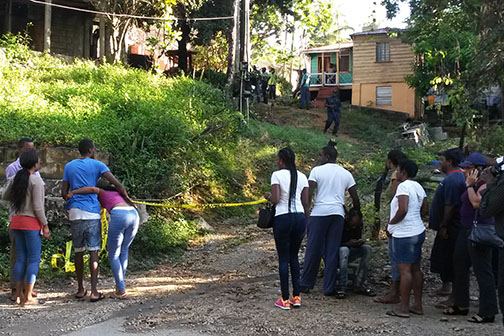