MOTHER-IN-LAW A BAWL OUT FI SAVE HER SON

Dear Taiwo,
I need you and your readers to help me save my son. I need counsel as to how I will get my son out of this mess he is in all in the name or religion, Christianity, precisely. I am also a Christian, though, I don’t claim to be a born again as I really don’t understand what this word mean and if it is the reason why my son is foolish, because I know even Jesus Christ taught us what is right.
From the very first day he introduced his wife to me, way back 13 years ago, I knew she was a no good, but I had no choice than to accept her, since it was obvious my son loved her and she makes him happy.
I single handedly raised my children after their father’s demise. I have three of them, two boys and one girl, the girl is the last born. Their father died when I was still pregnant with her. My first son, whose marriage is giving me concern now, was just seven.
We met in South Africa. We dated for about 11months and he proposed marriage to me. We had our court marriage over there; we were both students, so there was no need for anything elaborate. I had my son in South Africa, but we had to come home, because his own father died.
After the burial rites, his people asked that we should undergo their wedding rite, but my husband saw no need for it. Our plans were to go back to South Africa, but one way or the other, things didn’t work out. He got a job with one of the breweries and I got a job as a school principal.
Our second son came, all was well, but death snatched him away in a motor accident when I was pregnant with our third child; my daughter. Thank God, I was his next of kin, the children and I would have been left with nothing. Being a prince, he was entitled to a lot of landed properties and others, but his family members capitalised on the fact that we did not perform their traditional marriage rites and disowned my children and I.
God was and is still faithful, with the help of my family members and God I raised my children. I had so many opportunities to remarry, but I didn’t, because, I wanted to be there for my children.
When the boys became teenagers, I told them to be careful while making a choice of wife as I enjoyed my time with their father, if not for death. I do not encourage divorce, so it became pertinent for them to choose well and carefully.
When my son brought home this lady and introduced her to me, I had my reservations which I raised with my son, he said he loved her and I prayed for them. My son had just finished his National Youth Corps then and she was in her second year in a College of Education.
Before anybody could say jack, she became pregnant. I couldn’t say anything because it was obvious my son really loved her, but I wasn’t sure the feeling was mutual. Her parents, especially, her father raised hell. I stood by my son and assured them that their daughter was in good hands.
I made sure they were properly married, to avoid controversies. She however was unable to go back to school because she had a troublesome pregnancy. She moved in with me because two weeks after their marriage, my son got another job, which took him out of the country on training for almost a year.
When she delivered her baby and was to go back to school, she said she would prefer to go into business. I wasn’t comfortable with this as it negated the promise I made to her parents, but one way or the other, she got her parents support and she started business.
Along the line, even before my son came back from his overseas trip, I discovered she was wayward. I caught her red handed twice with two different men and on both occasions, she pleaded with me and promised that it won’t happen again.
Inasmuch as I would have loved to caution my son, I also want him to be happy because to say he really loved his wife is an understatement. He comes alive whenever he is around her. I wasn’t the only person who caught her at her waywardness, even my other children did, but I warned them not to tell their brother.
Probably because I kept my promise not to tell my son what I saw, his wife became very close to me. I prayed fervently so that she would not bring a bastard home to my son. I was relieved when she said she doesn’t want children again after her second child and she was willing to go back to school. By this time, my son already has his own house, a twin duplex. I and his siblings live in one, while he has his family in the other. He wanted all of us to stay together, but I preferred that he has his privacy.
When my daughter-in-law started school, I was glad to relieve the burden of the children whenever she needed my help. She dropped the children with me. She went back to the university and not the College of Education again. My son’s work takes him out of town and even the country often, but this does not make him ignore his responsibilities to us all. 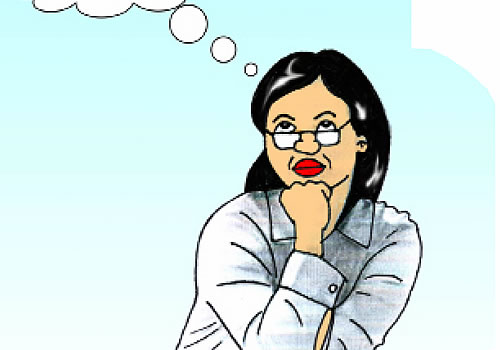 Dear Taiwo,
We were all members of the Anglican community, but after marriage, he started fellowshipping with a pentecostal assembly with his wife where he was eventually ordained a pastor. I suspected his wife was using the school as an avenue to date other men, but I wasn’t in a position to raise an issue because I didn’t catch her doing anything this time around. But once in a while, I would call and talk to her and she would reassure me that there was no problem. During her second semester examinations when she was in 200level, she decided to stay in school so that she could concentrate. She had no problems with the children as she left them with me.
Because she had no hostel accommodation, she had to stay at the school’s guest house. When her husband came to town he went to check on her. This led to the first major quarrel that they had. My son complained bitterly about what he saw at the guest house. He met his wife with another man who she claimed was a course mate.
My son said he met them both at an uncompromising position; I had to come in when the issue was becoming a problem. When she came home, I warned her to be careful. In short, my daughter-in-law finished school and went back to her business fully. Her only problem remained her waywardness and the fact that she cannot do without other men.
Sometimes, she would even bring some of her male visitors home. On one occasion, my son almost beat her up, when he caught her with another man in their home. At a level, I had to advise him to take a stand and live with it. I also spoke with my daughter-in-law that if peradventure my son wasn’t satisfying her in bed, she should either live with the fact, or quit the marriage.
She wept like a baby that day and said she also does not know why she behaves that way and promised that it would not happen again. Few months ago, my son was home on his annual leave from work. For about two weeks, I noticed that his wife wasn’t around; I knew they were planning to travel abroad for holidays since their children were also on holidays and if she wanted to travel alone she would have told me.
I asked my son, he told me they had a quarrel over a man his wife had been dating way back in her college of education days. She had been seeing him again when he returned from America. My daughter-in-law told her husband that she would pick the other man over him times over and she claimed that my son married her through diabolical means.
She was away with the man for six months during which she refused to speak with her husband and children. Her father had died, her mother was in the know of all that happened, but she couldn’t do anything as I suspected she subtly supported her daughter’s waywardness.
You wouldn’t believe it, she came back home two months ago and my son accepted her back. This is the area where I have misgivings. I cannot imagine that a thing like this could still happen. He took her back to every ones surprise when obvious was. What she did. When I raised it with him, my son was stupid enough that she is his wife and Christ taught us to forgive.
I really couldn’t ask if he was still sleeping with her. We all waited for my son to take action, but all he has to say is that, she is his wife and he would take her back. Please, help me. I want to believe there is more to this than meets the eyes.
Sincerely, God should forgive me if this is a sin, I am beginning to doubt the paternity of their two children. An adulterous woman brings nothing but woes to her husband, please, help me, I cannot afford to lose my son.
F. Ade(Mrs).