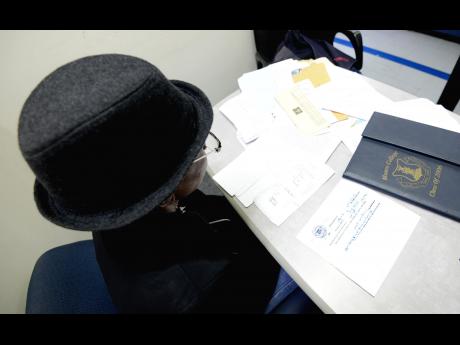 A 52-year-old business woman says she has hit rock bottom and is begging the state to take her 14-year-old daughter and 16-year-old son from her.

She said she can no longer feed or school them properly, and their father has refused to pay child support.

“I am doing this with a heavy heart, but I have no other option. I have been taking the father to court since 2011 when my boy passed for high school. The judge said the father should cover half of all their expenses, but nothing came from it,” Carol Brown* told THE WEEKEND STAR.

Both children, who now attend traditional high schools in Kingston, said they are aware of their mother’s wishes, but are not bothered by them.

“A just the kind of lifestyle wah we grow up inna, so it no faze we. We been struggling for a while now, so we kinda adjust to it. Anything come we way, we just deal with it,” said the fifth-form boy who passed his Caribbean Examination Council Mathematics exam last year.

The boy had earned a place at a prestigious rural area institution after his Grade Six Achievement Test (GSAT) but was uprooted and brought to the Corporate Area by his struggling mother.

His sister, a third former, at a Kingston high school, started out at a celebrated secondary institution in the rural area. She said her mother is to be blamed for their circumstances.

“You have people worse than we. They come together and sort out their issues, but she just get up and cuss, so me no care right about now. I just want to get away from her,” the young girl said.

She told THE WEEKEND STAR that they often go hungry and attend school without lunch money or bus fare because their mother does not have a stable job.

Brown explained that she separated from the children’s father five years ago, and has been the sole person supporting them since then.

Brown said she operates a storage business which sees her storing goods and furniture for persons. However, the business took a major hit and is yet to bounce back.

Because of this, Brown said she has run into arrears and incurred huge debts which she is unable to repay. In addition, she said her son recently developed a medical condition which requires him to visit the hospital daily for treatment. All these factors she said have hindered her from operating her business and taking care of her children.

“I have gone to the courts about 30 times over the years trying to get assistance from their father… . I can’t manage anymore. I want the Child Development Agency (CDA) to take them,” the mother said.

The CDA told THE WEEKEND STAR yesterday that it will conduct an investigation into Brown’s case, but noted that taking children from their families is not its preferred approach in such circumstances.

“We would not want to take away the children from her because we have been promoting that family is the best place for children. We will see how best we can come to some solution to see how we can assist to ensure that the needs of the children are met,” the CDA’s communications manager, Rochelle Dixon, said.

Dixon added that persons who find themselves in a similar situation should seek help.

“You have a member of parliament, you have a church family, you have family members that you can reach out to, and they might be able to help. The CDA is also here to provide the counselling and support, but we really do not want to see a breakdown in the families.”

* Name changed to protect identity of the children.

13 thoughts on “MOTHER WANTS GOVT TO TAKE HER TWO CHILDREN”