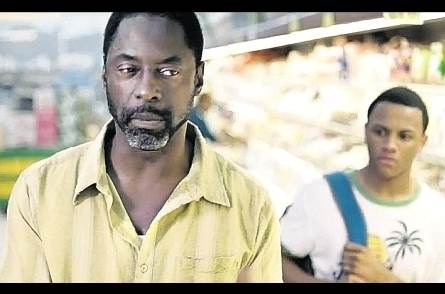 BLUE Caprice, a movie revisiting the horrific Washington DC sniper shootings of 11 years ago, has opened in the United States.

The film actually opened September 13 but continues to be shown in small theatres.

[Hide Description] Isaiah Washington (left) and Tequan Richmond in a still from the trailer for Blue Caprice.
[Restore Description]
1/2

It stars Isaiah Washington as John Lee Muhammad, who along with Jamaican teenager Lee Boyd Malvo, killed 10 persons in Maryland and Washington in October 2002.

The movie has received good reviews. David Rooney of the Hollywood Reporter, described it as “A riveting first feature of startling maturity and intelligence”, while Variety’s Justin Chang wrote: “Precision-honed perfor-mances and a non-sensationalistic approach distinguish this impressive first feature from French helmer Alexandre Moors, which avoids pat explanations as it offers a speculative glimpse into murderous minds.”

Muhammad was found guilty for his role in the shootings in 2004. He was sentenced to death the following year and died by lethal injection in 2009.

Malvo, who was 17 at the time of the shootings,

was sentenced to life in prison without parole in December 2003.

He is an inmate at Red Onion State Prison in Virginia.