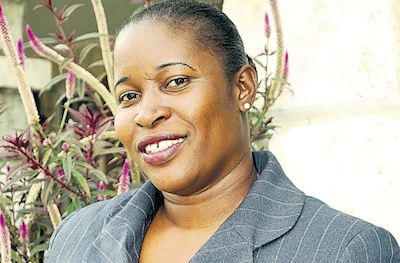 THE Office of the Contractor General (OCG) has recommended that former Mayor of Lucea Shernet Haughton relinquish her post as councillor for the Green Island Division of the Hanover Parish Council on the basis of her unethical behaviour.

In a report tabled in the House of Representatives yesterday, the OCG said that its investigations into claims of corrupt practices by the former mayor and People’s National Party (PNP) councillor showed that she awarded at least $3.7 million worth of contracts to family members and close friends out of a budget of some $29.6 million during her two years as mayor of the town.

The report said that Haughton spent $2.7 million on nine family members, and the rest on close affiliates.

The $3.7 million is much less than the $15 million which Haughton had allegedly shared out to relatives and friends during her brief tenure as mayor and chairman of the Hanover Parish Council. The OCG indicated, however, that the 12 per cent represented funds awarded to individuals with whom it could clearly establish a relationship or connection with Haughton.

According to the OCG, Haughton, in her defence, insisted that she had not been made aware of the ethical issues related to her office prior to assuming the role of mayor of the town. However, the OCG dismissed the suggestion as a fabrication, and described the former mayor’s behaviour as “a shameless and brazen act.”

The OCG said that, in all circumstances, it was unethical and amounted to a conflict of interest and nepotism.

Prior to her resignation last August, Haughton had been in conflict for several months with the councillors and Member of Parliament for Western Hanover Ian Hayles over her leadership of the PNP-dominated local authority.

The OCG also said that it was crucial that the Ministry of Local Government and Community Development put in place the necessary enforcement mechanisms to ensure that councillors and mayors abide by the principles outlined in the Code of Ethics for Councillors with appropriate sanctions for failure to comply.