For a very long time, family planning methods have paid little attention to the needs of men, but instead focused primarily on women. 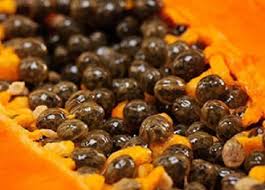 The bulk of contraceptives in the market today are women-oriented. Probably, many providers assume that women have the greatest stake and interest as far as family planning is concerned.

The consequences of this age long neglect of developing acceptable and reliable male contraceptives in developing countries has been lack of or less participation of males in family planning.

As Africa is grappling with rapid population growth, it is now recognised that giving attention to females only cannot solve the problem.

But recent research efforts have demonstrated the usefulness of many plant products as a natural birth control method for men and this includes:

Pawpaw seeds have some potential natural methods of birth control without side effects in men. In fact, its seeds have been used by men in the Asian continent as a long-term natural birth control method. The equivalent of around a teaspoon is recommended to be taken daily for around three months to be fully effective.

Two interesting studies on the contraceptive effects pawpaw seeds have shed more light on their potential. The first is a study of the long-term safety of a pawpaw seed extract on male rats over a full year of daily doses.

In this research, while sperm became completely ineffective during the treatment, no decrease in testosterone or damage to internal organs was observed compared to the control animals.

The researchers said the pawpaw seed extract ‘affect sperm parameters without adverse side effects and is clinically safe as a male contraceptive’.

In the second study, an extract of pawpaw seeds, equivalent to 50 mg per kilogramme of body weight per day, was administered for 360 days to adult male monkeys.

Testing found sperm concentration, motility and viability notably decreased within 30 days and was significantly impaired by 60. After 90 days azoospermia (no sperm count) was observed in all the test subjects.

Nigerian researchers at the Chemistry Department, Kano State College of Arts, Science and Remedial Studies, and Department of Pharmaceutical and Medicinal Chemistry, Faculty of Pharmaceutical Sciences, Ahmadu Bello University, Zaria, have validated the traditional use of the seeds of castor oil plant as oral contraceptive.

It is known that four to five seeds of the plant in India are orally taken with water during menstrual period to prevent conception for a period of one year.

Also, in the Middle Belt of Nigeria, traditional healers administer to women three seeds of the variety as contraceptive for a duration of 12 months.

Neem has been reported to exert antifertility effects in different animal models. In 1993, experts in the journal, Current Science, said its leaf extract were reported to affect the structure and function of the testis and spermatozoa in male rats.

Also, the Neem Foundation states: “Neem oil based vaginal creams and suppositories are almost 100 per cent effective. When tested against human sperm, neem extract at 1,000 mg was able to kill all sperm in five minutes and required only 30 minutes at a lower, 250 mg level. It is suggested that these creams and suppositories also prevent vaginal and sexually transmitted diseases.”

One study demonstrated the effectiveness of neem oil in creating temporary sterility. 20 married men of the Indian Army consumed daily capsules of neem oil for an entire year.

After six weeks of taking the oil, the men apparently became sterile. The effects of the herb were reversed several weeks after the men ceased to ingest it.

Also, according to the survey, the leaves of Hogweed, locust beans, pawpaw bark and alligator pepper seed were used in the ring form by the men. Ring form of application involves boiling a metal ring in water extract of the plant for hours. The ring is then worn on the finger during sexual activities.

Wild yam is a tested and tried herbal contraceptive that is a folk remedy and as a daily intake it speeds the effectiveness of contraception.

One thought on “NATURAL BIRTH CONTROL”