Shelly-Ann Fraser-Pryce’s move away from the MVP Track and Field Club has reportedly collapsed after her long-time kit sponsor Nike, according to our sources, threatened to pull the plug on their multimillion-dollar deal.

Fraser-Pryce had started her background training with Reynaldo Walcott, who for several years have been a member of MVP’s technical team. Walcott is in the process of establishing his own club, which will be based at St Elizabeth Technical in Santa Cruz, with Nike initially giving their blessing to Fraser-Pryce’s move.

However, The Gleaner understands that the American sportswear giant, which also sponsors MVP, changed its position after Stephen Francis, MVP’s head coach and Fraser-Pryce’s long-time conditioner, expressed his preference that she remains with the University of Technology-based outfit. 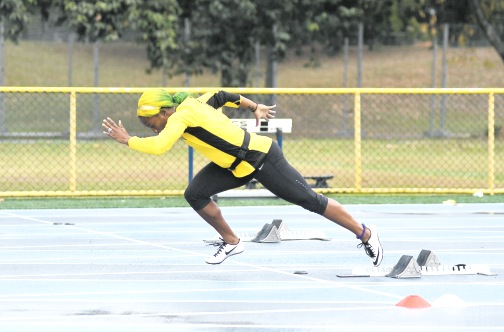 Nike reportedly then suggested that Fraser-Pryce either remain at MVP or join another of their sponsored groups, the Los Angeles-based Bobby Kersee outfit, which includes American star Allyson Felix.

Felix is Nike’s highest-paid female athlete at around US$1 million. Fraser-Pryce’s deal, which expires soon, falls below that figure but is expected to be renewed and improved.

Fraser-Pryce has established herself as Jamaica’s flag-bearer in international female sprinting over the years, having won six Olympic medals, including two gold, as well as seven World Championships gold and two silver medals.

She has spent her entire professional career wearing Nike’s swoosh and has taken every stride under the guidance of Francis, but the two seemed to be heading in separate directions after word broke during the Rio Olympic Games that she had decided to end her association with Francis and MVP.

The sprinter has been training with Walcott in St Elizabeth ahead of the coming season, and had, according to our information, already secured a property in the parish.

Her move seemed to have triggered a mini-exodus to Santa Cruz, with Kaliese Spencer and Christine Day cutting their ties with Bert Cameron’s Cameron Blazers and also making the move to the South Coast.

With other MVP athletes – including one promising male sprinter – also said to be considering a similar move, it is believed that Francis, who earlier seemed resigned to losing his most decorated athlete, expressed a new position on the matter.

President of the MVP Track and Field Club Bruce James, when contacted yesterday afternoon, stated that he did not wish to speak on the sprinter’s training arrangements at this point.

“I am not commenting on Shelly-Ann’s training arrangements at this time,” said James.

Fraser-Pryce ended a troubled 2016 season, where she battled with a serious toe injury and gained a bronze medal in the 100m at the Rio Olympic Games. She also helped Jamaica to a silver medal in the 4x100m.