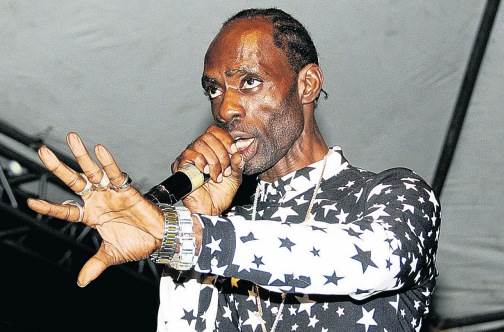 VETERAN dancehall artiste Ninjaman, who recently parted ways with Downsound Records, is now assuming the role of businessman. The deejay will be opening his recording studio to the public on Monday. The studio’s first set of releases are expected during opening week.

Located on Blackwood Terrace in Kingston, the entertainer said his Picture Frame Studio is fully furnished with the latest equipment and will be focusing on nurturing young talents.

“We a go have auditions every Wednesday for young artistes. Room still there and we open fi the older man them, but the aim is to really bring back the authentic reggae/dancehall music. We are going to teach the youths deejaying styles, punch lines, choruses, and other aspects of the music,” he told the Jamaica Observer.

The deejay, who is also known as the Don Gorgon, stated that not only will he be lending a hand to teach the younger generation about the music but he will also be operating under the title of manager.

“We are equipped with writers, producers, and engineers, so the company will be all-rounded. My little nephew, Steven, is on board with me as a producer and him bad. Experience teaches wisdom, so I took the time to learn about the industry so now is the right time to launch,” he said.

While not wanting to say how much it cost to set up the studio, he was willing to state the challenges.

“Life itself is a challenge, but putting the idea to action wasn’t hard because anything me put me head to ago work. The most difficult part will be dealing with the young artistes and getting them out to the world. We now have lots of relationship to build with the outside world and we all know that getting a break as a young act is not an easy task. Me a try bring back the energy to dancehall and the aim is also to bring peace to Jamaica through music. Right where the studio is located, people say a bad place. But since the studio build, the amount a talent weh me see come from that area. Every youth a say music, the police them a go surprise that some a the youth them who them did have to lock up now a pree music and just a behave themself,” he said.

In March, Ninja Man — whose given name is Desmond Ballentine — left the Joe Bagdanovich-led Downsound Records’ after three years. His departure followed the closure of Downsound Records St Andrew Park-based studio by the Kingston and St Andrew Corporation.

Ninjaman is no stranger to the production side of music. In 1987, he recorded and produced his first hit single Protection, which featured singer Courtney Melody. He is also known songs including Mandela Come, Ting A Ling A Ling A School Pickney Sin Ting, and Permit Fi Bury.