Twenty-seven-year-old Norjah Witter, the Jamaican woman who admitted in January to importing to the United States more than $600,000 worth of cocaine “to make money” has been sentenced to 21 months in a federal prison, to be followed by three years of supervised release.

The decision was handed down by Judge Frederico Moreno last week Friday after she formally pleaded guilty to the two charges brought against her. 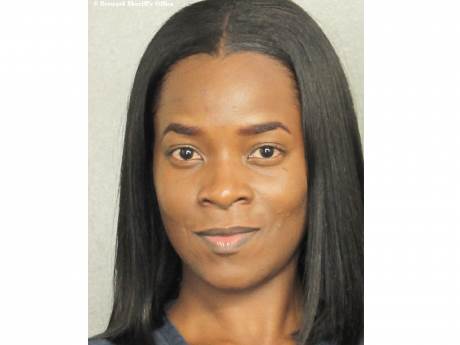 The prosecution contended that Witter, a local university graduate, knowingly and intentionally imported and possessed the drugs with intent to distribute in the US, in violation of laws.

US marshals arrested Witter on January 26, her birthday, after she arrived on a Caribbean Airlines flight at the Fort Lauderdale/Hollywood International Airport in Florida from Jamaica.

Court documents show that she was selected for further inspection by Customs and Border Protection officers.

It’s said that during her interview, she appeared to be nervous, and could not provide a consistent statement about why she was visiting the US or who she was planning to meet.

The documents, obtained from the US Attorneys Office for the Southern District of Florida, said Witter subsequently admitted to the officers that she had something inside of her vaginal cavity and wanted to use the bathroom to get it out.

She was reportedly taken to an observation room to remove the substance but had to be later transferred to hospital where the cocaine (0.477 kilograms) was removed.

The court was told that she admitted to transporting the cocaine “to make money”.

She was charged the following day on January 27.

Witter is being held at Miami’s Federal Detention Centre and could face deportation after serving her time.

The sales agent, who is from Clarendon, was employed to a local telecoms company.