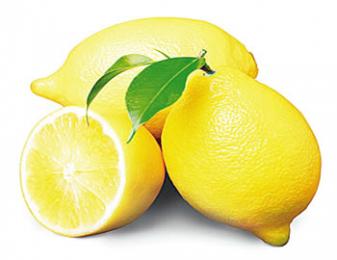 Over the years, citrus fruits have gained global popularity for their flavour and nutritional density. In fact, they have been described as the richest source of Vitamin C with the lemon taking the lead as one with the highest amount of Vitamin C content.

Despite their acidic taste, lemons are rich in vitamins and minerals, some of which include vitamin C, citric acid, flavonoids, B-complex vitamins, calcium, copper, iron, magnesium, phosphorus and potassium. They also provide incredible benefits to the body and interestingly, all parts of the fruit serve valuable purposes – from the skin to its juice.

Liver: The liver loves lemons because it is a particular benefactor of this sour, yellow fruit. Jethro Kloss, in his book Back to Eden, says, “The lemon is a wonderful stimulant to the liver and is a dissolvent of uric acid and other poisons. It also liquefies the bile.” Fresh lemon juice, when added to a large glass of water and drunk in the morning, has been described as a great liver detoxifier.

Hair care: Lemon juice has proven itself in the treatment of hair care on a variety of levels. When lemon juice is applied to the scalp, it has been discovered to treat problems like dandruff, hair loss and other problems related to the hair and scalp. When the juice is applied directly on the hair, it can also give the hair a shine.

The heart: The high flavonoid content in lemons makes it great for the heart. According to a research published in the 2012 edition of the Journal of the American Heart Association, Stroke, eating higher amounts of flavonoids found in citrus fruits may lower ischemic stroke risk. The study which made use of 14 years of follow-up data from the Nurse’s Health Study, which included 69,622 women who reported their food intake, including details of fruit and vegetable consumption every four years, showed that women who ate high amounts of the compound (flavanoid) had a 19 per cent lower risk of ischemic stroke than women who consumed the least amount.

The bowel: Fresh lemon juice has been discovered to increase peristalsis in the bowels thus helping to create bowel movement which would result in eliminating waste.

Immune system: Being a very rich source of Vitamin C, lemons provide the many benefits Vitamin C is known for. It works against infections like the common cold and neutralises free radicals linked to ageing and most types of disease. More so, fresh lemon juice has been used alongside lime juice as a trusted home remedy for fever. In several Nigerian communities, lemon mixed with several herbs has also been used to treat malaria.

The skin: Vitamin C, which is a powerful antioxidant, when eaten in its natural form or applied topically, can help to fight skin damage caused by the sun and pollution, reduce wrinkles and improve overall skin texture. Vitamin C plays a vital role in the formation of collagen which is the support system of your skin.

Lemon juice has also been discovered to have the power to destroy intestinal worms.

• Lemons should be fully yellow; the ones with green tinges have not fully ripened and will be very acidic.

• Over-ripe lemons will have a wrinkling look, soft or hard patches and will not be a vibrant yellow.

• Lemons stay fresh kept at room temperature (not in sunlight) for about seven to 10 days. They can also be stored in a refrigerator to keep them crisper for about four to five weeks.

• Roll a lemon on the counter a few times before squeezing to maximise the amount of juice.

Incorporate lemons into your diet

• When the lemon’s flesh or juice is added to sweet and savoury dishes, it provides a mildly tart, fresh flavour. You can squeeze fresh lemon on salads and steamed vegetables.

• Besides adding flavour, lemons are used for other purposes when preparing food. Their high content of vitamin C is the ascorbic acid needed to prevent the discolouring of the flesh of fruits and vegetables that oxidise quickly when exposed to the oxygen in the air. Lemon juice added to steamed vegetables would also help them keep their bright colours.

• Lemon juice can be used to tenderise meat or as a substitution for vinegar in dressings.

• It can be added to beverages for a refreshing flavour.
Health and Fitness

0 thoughts on “NUTRITIONAL VALUE OF LEMON”