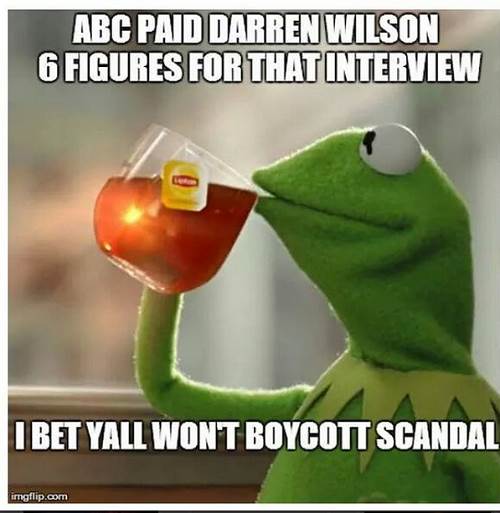 A NBC source with knowledge of the #DarrenWilson interview talks said that ABC offered to pay “mid-to-high” six figures for the interview.
The source did not say an exact figure because NBC stopped bidding for it after ABC upped the ante.
The taped interview was shot on Tuesday. Clinton operative-turned ABC News host George Stephanopoulos will do the interview.
The choice for Stephanopoulos is curious given that Missouri Governor Jay Nixon was once touted as a potential running mate to Hillary Clinton.