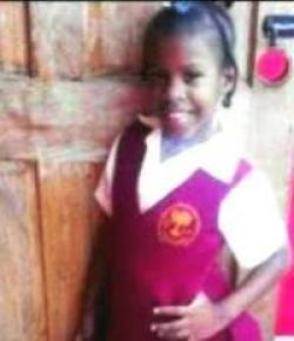 PORT OF SPAIN, Trinidad (CMC) – A six-year-old girl, whose body was found in a barrel at her home on Thursday, had been sexually assaulted while unconscious and dying, according to the results of an autopsy done on Friday.

Pathologist Dr Valery Alexndradrov said that a blunt force trauma was the cause of the death of Keyana Cumberbatch whose body was found stuffed in a barrel in a bedroom at her home.

“She sustained massive cranial cerebral trauma, which means there was trauma to the skull and the brain and the trauma to the skull was so extensive that all the (wounds) were open,” he said, adding that before the autopsy, X- rays were done, and there were no previous fractures “.

The pathologist also told reporters that there was no immediate evidence of previous sexual abuse. However, this would be investigated further using microscopic examination.

He said he could not give an approximate time of death.

Residents became angry and called for justice as the body was being removed from the apartment at Maloney.

Police said the smell of decomposing flesh alerted the school girl’s mother, Simone Williams, 27, to the terrible possibility that her eldest daughter’s body may have been inside the apartment since Monday when she was reported missing while returning from the St Barbara’s Shouter Baptist Primary School, where she was a second-year pupil.

A male relative of the girl has been in police custody since Tuesday. He was arrested after residents reported to police that he was the last person to be seen with the girl prior to her disappearance.