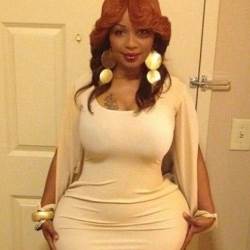 Earlier this year, we told you that adult entertainer Pebblez Da Model aka Natasha Stewart had been convicted for her involvement in the death of 37-year-old Karima Gordon. As you may recall, Stewart referred the victim to Tracey Lynn Garner, who administered illegal butt injections to her. Gordon later died of complications stemming from the procedure after some of the injected silicon traveled to her lungs.
Investigators say that Stewart had an arrangement with Garner through which she would lure potential clients to Jackson, convincing them that Garner was a nurse. In exchange, Garner would provide Stewart with a $200 finder’s fee. As previously reported, Stewart was sentenced to seven years in prison for her involvement. Although Garner’s defense attorney, John Colette, tried to argue that Gordon “wanted this underground, bargain basement butt enhancement,” his argument wasn’t enough to get his client off.
According to the Associated Press, 54-year-old Garner appeared in Hinds County Circuit Court Friday, where she was convicted of depraved heart murder and conspiracy to commit wire fraud. On Tuesday, she was sentenced to five years for the wire fraud charge and life for the murder charge. Garner faces similar charges stemming from the 2010 death of Marilyn Hale; however, a trial date for that particular case has not been set as of yet.
Hopefully, Gordon’s tragic story will cause women who may be considering black market butt injections to reconsider.