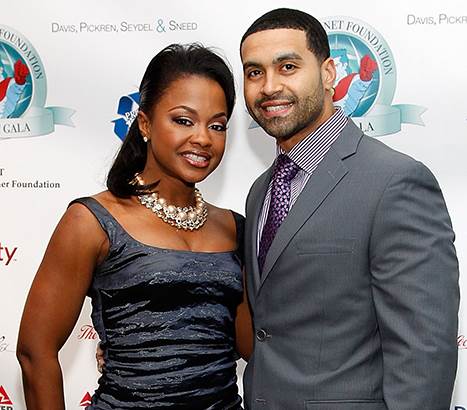 The drama for a real housewife never ends. Phaedra Parks’ husband has reportedly been charged with bank fraud and identity theft, Access Atlanta reports. The Real Housewives of Atlanta star’s husband, Apollo Nida, was allegedly questioned by US Marshals and appeared before the US District Court on Thursday, Jan. 23.

According to the site, Alexandre Herrera, a U.S. Secret Service Agent in the Counterfeit and U.S. Treasury Check Squad, claimed that Nida created fake companies and ripped off individuals by opening up fake bank accounts using their real names. Nida was allegedly identified by Gayla St. Julien, who was first arrested last September for the alleged criminal activities. Nida has since been granted pretrial bail.

Parks and her husband of four years have appeared on Bravo’s RHOA since 2009. Us Weekly exclusively confirmed last May that the pair welcomed their second son in Atlanta. The couple are already parents to Ayden, 2.

One month earlier, it was confirmed that Parks would be getting her own spinoff show about her legal career, titled Rich People’s Problems. (The series is in pre-production.) The star, an attorney, famously represented Bobby Brown during his 2004 trial for allegedly assaulting his then-wife, the late Whitney Houston.