Former Prime Minister PJ Patterson has come out in full support of embattled sprinter Nesta Carter, who failed a drug test in a recent retesting of samples from the 2008 Olympics in Beijing, China.

Patterson, who was the lead counsel in the defence team that exonerated double 200m Olympic champion Veronica Campbell-Brown in 2014 of any doping violation, said the country must rally behind Carter.

While speaking at a function in honour of the great Jamaican sprinter Dennis Johnson at the Alhambra Inn on Tuesday night, Patterson raised some intriguing questions.

“First of all, when our athletes triumph we all rejoice and we bask in their glory,” Patterson said, adding that they deserve our support when they face difficulties and challenges as well. 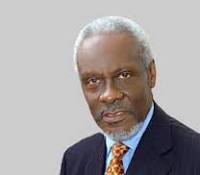 Carter, who won bronze in the 100m at the 2013 World Championship and who has been a key member of Jamaica’s 4x100m relay teams, tested positive for the stimulant Methylhexanamine.
“Our position is clear as a country, we don’t support doping in any form. When accusations are levelled at those who have competed at the highest level and over those years have never been found wanting, we have an obligation to rally and ensure that they get an adequate defence and this is something in which all of us as Jamaicans have to be involved,” said Patterson.

“We are defending our good name as a country, our athletic stars and one who has an unblemished record, who was tested before, during and immediately after the Beijing Olympics and no noxious substance was detected,” he added.

“The particular substance for which he has been charged was not itself on the ban list in 2008, but the IOC is contending that it is related to other prohibited substances, that is open to challenge on a scientific basis,” the very astute Patterson noted.

Patterson, who served as the sixth prime minister of Jamaica between 1992 and 2006, said there are questions that need to be answered.

“But another question arises, the testing for the offending substance existed and was available then, so one must ask, why was it not found then?”

“Eight years after, the chain of custody must be very carefully examined at every link…one must also consider with fading memories, how is one going to be called upon to reproduce, in detail, what was taken,” he pointed out.