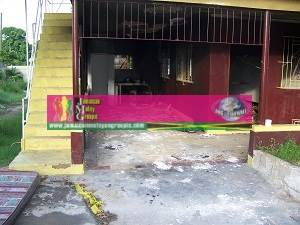 Superintendent Cornwall Ford said Kartel was located at a hotel in New Kingston in September 2011.

Ford said he took four cellphones from Kartel and handed them over to another policeman.

Henderson said during a search of a premises in Norbrook, the police seized 12 passports in various names and 10 cellphones.

He said the team then went to another house in Havendale but the premises were a burned out shell.

It was pointed out that this was the same house in which investigators found bloodstains.

The policeman said a raid was conducted at another house in Independent City Portmore but nothing was found.