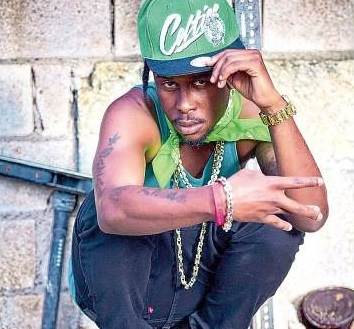 POPULAR dancehall entertainer Popcaan has again found himself in trouble with the law.

The sinjay, whose given name is ndre Sutherland, is to face trial in the Corporate Area Resident Magistrate’s Court on June 5 on allegations of assaulting a policeman.

He is charged with assault occasioning bodily harm. His bail was extended until his trial date when he appeared Resident before Magistrate Opal Smith on Wednesday.

Allegations are that entertainer assaulted a policeman at the Norman Manley International Airport in Kingston in November last year.

This is not the first time that Popcaan has found himself on an assault rap. In 2010, he and two other men, were charged for assaulting a pilot at the Lynden Pindling International Airport in Bahamas. The charges were subsequently dropped.

Popcaan is known for hit songs including Dream, Party Shot, Clarks (with Vbyz Kartel) and Only Man She Want.

The latter debuted at number 89 on the Billboard R&B Hip Hop Chart and was later remixed with American rapper Busta Rymes.