PROTEST AGAINST VIOLENCE AT JC TODAY

Hundreds of persons including students and members of various sectors of the society turned out this morning to support a peaceful protest against violence against children.

The protest held in front of Jamaica College followed the death of 14-year-old Nicholas Francis who was stabbed to death last week.

He was a third form student of Jamaica College.

Meantime, the Jamaica College Parent Teachers Association (PTA) says it will submit recommendations on tackling the country’s crime problem to the government today.

The PTA president Errol Holmes says there is a ten point proposal of ways to protect children which will be presented to government. 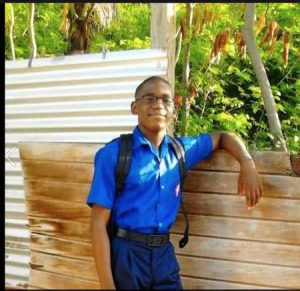 Meantime, the man accused of killing Francis is to face the court on Friday.

Police charged Quacie Hart with the murder following his surrender to cops yesterday accompanied by his attorney.

Reports are that on Wednesday, October 26, Francis was on a coaster bus along Old Hope road, when a man tried to rob him of his cell phone and watch. The teenager reportedly resisted and was stabbed to death.