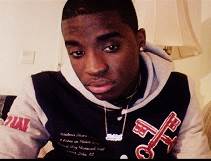 NEW YORK (AP) — A New York teen has filed a lawsuit against high-profile department store Barneys New York, the city and its police department over an incident in which he says he was wrongfully detained after making an expensive purchase because he is a young black man.

Another black shopper also has come forward to accuse the store of racial profiling.

In the lawsuit, Trayon Christian, 19, of Queens, said he went to Barneys on Madison Avenue in Manhattan on April 29 and purchased an expensive Ferragamo belt. After leaving, he was accosted by undercover NYPD officers, who said someone at the store had raised concerns over the sale. According to Christian’s lawsuit, filed Monday in state Supreme Court in Manhattan, he showed the receipt from the purchase, the debit card he used to make it and identification to the officers, but was told the identification was false and “that he could not afford to make such an expensive purchase.”

The lawsuit said he was detained at a precinct in a cell for more than two hours before being released with no charges filed against him. It said the incident was due to “discrimination based on plaintiff’s race and age as he was a young black American male.”

In a statement, Barneys denied that it was involved in any detention, saying “that after carefully reviewing the incident of last April, it is clear that no employee of Barneys New York was involved in the pursuit of any action with the individual other than the sale.”

Meanwhile, another shopper who heard about the lawsuit came forward to say she had a similar experience after purchasing a $2,500 designer handbag at the store in February.

Kayla Phillips, 21, of Brooklyn, told the New York Daily News and the New York Post that she was surrounded by police after leaving the store. They demanded to know why she used a debit card without a name on it, she said.

Phillips explained that it was a temporary card, and after showing police identification and a new debit card that had arrived in the mail that morning, they let her go.

The New York Police Department said any officers’ role is under internal review. The city’s law department said it was waiting for a formal copy of the lawsuit, and would review the claim once it had been received.