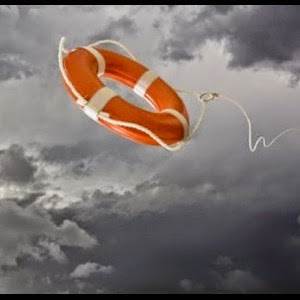 Religion will make you believe that only Christians can help you
In the book of Isaiah chapter 45, The prophet Isaiah via the spirit of God Prophesied about a future
King, Cyrus to be exact, who would show tremendous mercy and kindness to the children of Israel. In fact upon further reading of the said chapter it reveals that God himself would aid Cyrus in subduing nations, loose the loins of kings, break the gates of brass and give him the treasures of darkness and hidden riches of secret places etc all for the children of Israel sake.
The fascinating facts about this entire scenario is that King Cyrus would not show up until approximately 150-200 years after Isaiah’s prophecy of him. To add to this, he would be a heathen King that doesn’t even recognize the God of Israel. Nevertheless, God had chosen him to do the unimaginable for his people, the children of Israel while held captive by King Cyrus.
QUESTION! Who has God decided to use as an instrument to bring deliverance and relief to your situation but because they don’t fit your description of “Holiness and Christianity” you either resist or ignore their efforts?
Question! Why do you make statements such as “God can use anyone or anything but because your deliverance isn’t package wearing a religious collar, speaking in tongues, carrying a big bible or carrying the title Christian, you’ve concluded this can not be God’s doing?
Question! Why have you allowed a religious leader’s view to supersede what scripture has clearly indicated and as a result you’re suffering even though God has provided but not the way you thought it would come? smh!
Well I don’t know about you my friend but I have concluded a long time ago to reject the religious misleadings of “what is good is of God and what is bad is of the Devil” and embrace the scriptures that clearly states, “ALL THINGS (good and bad) are working together for the good of those that love God and those that are called according to his will.
Remove your religious lens my friend and apply the gift of discernment to determine what is or is not of God! Religion will keep you in bondage while a relationship with Jesus Christ will open your spiritual eyes to what God has prepared and done for you by whomever, well in advance of your challenges.
Father in the name of your son Jesus Christ, let the readers of this post discern and accept what you have so graciously done for them by whomever and whatever in the matchless name of Jesus Christ. Amen!
Written By: Kevin L A Ewing
[email protected]
kevinlaewing.blogspot.com