RENEWABLE ENERGY TO COME TO JAMAICA

Last week, we discussed the Office of Utilities Regulation’s acceptance of the bid by Eight Rivers Energy Company to provide solar energy to the Jamaica Public Service (JPS) at a cost of 8.54 US cents per kWh via a 33.1 MW solar photovoltaic plant to be built in Paradise Park, Westmoreland.

Good news, but the development begs one question: How much of this low-priced solar will the unstable and creaky JPS grid be able to accommodate in order to replace the existing high-priced fossil fuels that drain our country of well-needed cash?

If you ask JPS, or those entrusted to plan for the country’s energy future, you’ll get an answer something to the effect that, “Utilities cannot accommodate high amounts of wind and solar without destabilising the system”. As a scientist and engineer with lots of practical knowledge and years of success in proving naysayers wrong, I tell you now that this is far from the truth. Are we that incapable of figuring out how?

Up to 15 years ago, utilities all over the world said they couldn’t adopt more than five per cent of renewables without destabilising their systems. When solar adoption grew beyond that point, they raised their allowable amounts to 15 per cent, then to 25 per cent. Some countries have blown through those assumed ceilings, with no disruption to their electrical grids. Boris Schucht, the CEO of 50 Hertz, a large German utility provider, said in 2015 that 42 per cent of power output comes from wind and solar in some regions of Germany, about the same as South Australia. This year it will be 46 per cent, and next year it will be more than 50 per cent.
“No other region in the world has a similar amount of volatile renewable energy… yet we have not had a customer outage. Not for 35 or 40 years,” Schucht said.

The bottomline is that world utilities are scared stiff that solar adoption will take away their customers and hurt their businesses, unlike large-scale wind, which has to be connected to the grid and is therefore a favourite of utilities. But wind generation is highly variable and much less predictable, which ensures that there will always be fossil-fired generation to supply the ‘baseline generation’. On the flip side, and in Jamaica’s case, solar is predominant and highly constant and predictable, with little variability. That almost eliminates the need for ‘back-up’ fossil-fuel generation. Solar could be baseline in Jamaica if we add a little storage. And solar prices have dropped way down. At around US$0.05 cents per kWh total pricing for generation, these prices are less than the fuel prices alone for fossil-fired generation in Jamaica. Yes, you heard right! Solar costs less than the fuel we import, which takes on additional cost to generate electricity.

According to a December 2015 study by US investment bank Lazard, “Despite recent drops in the cost of natural gas in the US, solar and wind energy are still beating out conventional modalities in most situations — partly owing to the fact that solar and wind energy costs have dropped by 80 per cent and 60 per cent since 2009. Utility-scale solar photovoltaic costs have actually even fallen by 25 per cent just over the last year (2014)”. 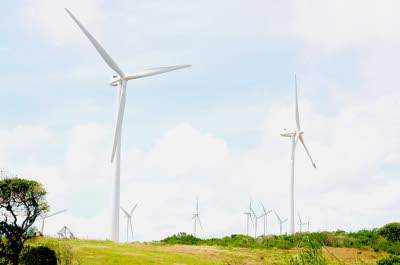 Let’s see which of our “experts” will continue to put up fossil-fuel plants for JPS in the name of the Jamaican people in light of this reality.

Consider Chile. They combine photovoltaics (solar-PV) with similar amounts of heat storage derived from concentrated solar-thermal technology. Solar-PV provides power during the daytime; thermal plants with solar-thermal heat storage provides it at night and also provides intermittent additional power during the daytime to account for fluctuations in demand. The result is baseload (round-the-clock) generation, all from solar, at below US$0.11 cents per kWh combined, based on the first successful Chilean auction. In a second auction quickly after, these prices fell to 6.5 US cents per unit for daytime solar-PV and 9.7 US cents for nighttime solar thermal. (Implied and deduced is that molten salt thermal storage costs some US$0.03 per KWh). In 2013, Chile had less than 10 mW of solar installed. A year later they had 402 mW, and the end of 2015 they brought that figure up to 848 mW. Currently under construction is an additional 2,195 mW of PV and a further pipeline of approved projects totaling over 10 GW, with a further 3,944 mW of projects still being vetted. This is according to the 2015 figures from Chile’s renewable energy research institute, CIFES. Talk about fast transformation!

Back in 2011 in South Africa, bids were won for 50 mW of solar thermal (with nine hours storage at full-delivery or longer if run at reduced load) at the then-low price of US$0.11 cents per kWh. Yes, back in 2011! So Chile is no surprise. Built for under $230 million, installation took just two years to full ramp-up and commissioning.

But back to JPS and how much renewables it can accommodate. With its present centrally supplied and turbine-and-generator approach to electricity generation, once it goes above 33 per cent of renewables it approaches instability. Put another way, fossil-fired generators cannot vary their outputs quickly enough to keep the frequency stable to avoid brown-outs and-or frying of our valuable electrical appliances and equipment. The basic weakness is in the clunky mechanical internal-combustion-energy (ICE) generators and their inability to quickly vary their outputs, a generator design problem. Try ramping up and down your home generator quickly and you immediately see the problem — your fridge is toast. But with electricity from solar and wind, the electricity is instantly available. What we need to do now is match the amounts of these instant supplies with the constantly-changing demand from entire households and businesses, quickly adjusting supply to meet fluctuating demand. At JPS-type installations, these old-style ICE baseload generators take longer than six minutes to adjust, even for so-called quick-response LNG peaker turbines that fire up intermittently for peak loads. Hence ICE’s unreliability, leading to cascading outages when the system is overloaded.

Can anybody figure out how to quickly switch on or off a few wind turbines or solar installations to adjust supply (known as curtailing, or part of smart grids)? Even the non-engineers amongst us can probably suggest solutions. During Europe’s total solar eclipse early in 2014, a curtailing of more than 10 GW of solar PV followed by ramp up of 14 GW at the end of the eclipse occurred, both within minutes, and were handled by the market with no need for intervention. And we can’t rapidly switch a few mega-watts in Jamaica? Even if we don’t want to adopt sophisticated switching technology, why not store the electrical oversupply and quickly resupply when demand picks up? There are two underlying criteria for this. Firstly, if our intent is to stop the foreign exchange bleed and stabilise our dollar, then we shouldn’t use imported systems (like batteries) that have to be re-bought every so often. Secondly, we should ensure that it is very cheap.

With these two necessary conditions met, Jamaica could supply its entire needs from cheap solar and wind only.

David Cooke is a UWI-trained electrical engineer specialising in power systems. He is now a budding clean-energy developer and advisor. Contact him at: deeco3@earthlink.net