RIHANNA NUH HAVE NO BEHAVIOR

HERE FOR THE OTHER GIRL’S VIDEO

I'm, caught up in Tha rapture of love….. 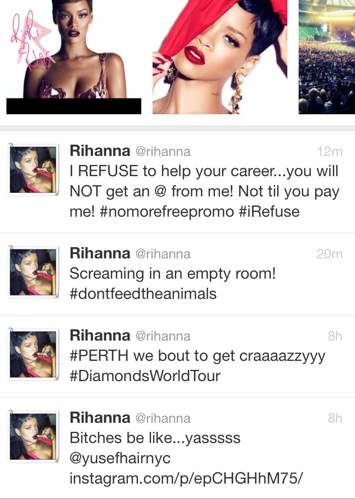 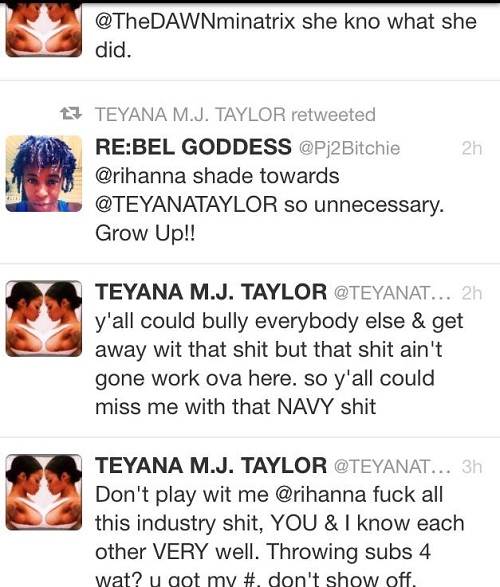 Teyana Taylor has responded to Rihanna via Twitter for mocking her after the G.O.O.D Music star posted an acapella video on Instagram.

On Sept. 12, Taylor, good friends of Rihanna’s ex-boyfriend Chris Brown and current girlfriend Karrueche Tran posted a video of herself singing an acapella version of Anita Baker’s “Caught Up In The Rapture.”

The video showed Taylor singing her heart out while grabbing her head full of hair.

While the video was liked by over 21,000 Instagram users, Rihanna apparently didn’t feel the same way.

On Tuesday, Rihanna uploaded a video to her Instagram of her stylist, Yusef Williams mocking Taylor. Williams wore a wig that looked similiar to Taylor’s and sang the same song. He was also playing with his hair the same way Taylor did in her video.

Taylor was not pleased when she saw Rihanna’s video on the social media site and took to Twitter to directly respond to the Bajan singer about the mockery.

“Don’t play wit me @rihanna f— all this industry sh–, YOU & I know each other VERY well. Throwing subs 4 wat? u got my #, don’t show off,” Taylor wrote, later adding, “y’all could bully everybody else & get away wit that sh– but that sh—ain’t gone work ova here. so y’all could miss me with that NAVY sh–.”

“i sing caught in the rapture on IG then she posts her boy singing the same song, the same part, with curly hair and a snap back??? #PETTY” 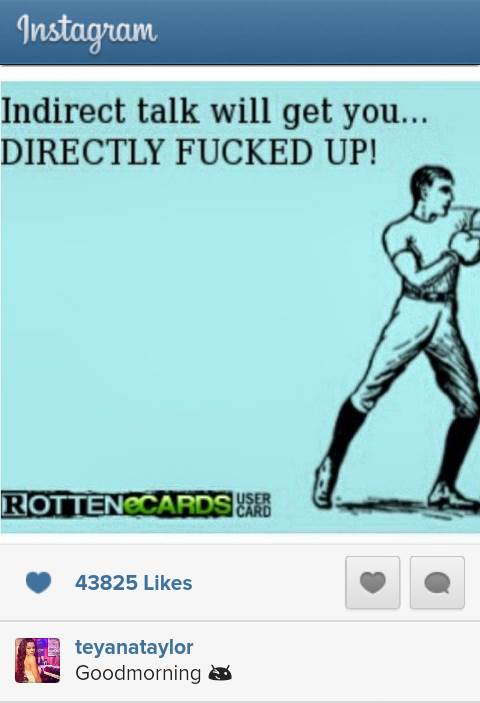 0 thoughts on “RIHANNA NUH HAVE NO BEHAVIOR”