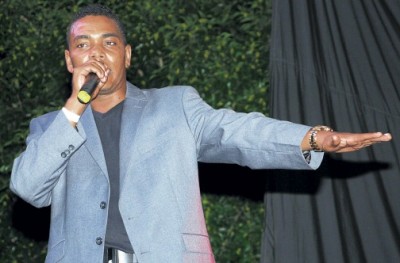 INFLUENTIAL disc jockey Ron Muschette is no longer with radio station IRIE FM. He resigned yesterday “with immediate effect”.
No reason was given for the resignation but Muschette, 41, said there is no animosity between h and the station that helped make him one of local entertainment’s biggest names.
Muschette joined the all-reggae station in 1999 and hosted the widely-popular Wake-Up Call, which airs from 6:00 am to 10:00 am on weekdays.Fyah
“I’m grateful for my time at IRIE FM and for all the wonderful experiences it brought. I was able to travel the world and be recognised for my talent. That is an inspiration in itself and I will be forever thankful,” Muschette said in a release.
Muschette, who is from Westmoreland, started his career as a Barry G (former Jamaica Broadcasting Corporation disc jockey Barry Gordon) sound-alike at an in-house radio station while working as an entertainment coordinator at Sandals Montego Bay .
After going to IRIE FM in 1999, he quickly established himself as one of local radio’s top announcers, playing a number of pre-release songs by top artistes.
Muschette is the second top disc jockey to leave a leading radio station in a matter of weeks. Jerry ‘Jerry D’ Davey was sacked by the RJR Communications Group in November.