Hi met I have been scammed. About two months ago I gave this girl “Kelly” (Donaline Dumerville) $4500 for a three bedroom in Queens. After giving me the run around and putting off the move in date five different times one evening I just popped up over there. To my suprise I ran into two other people who said they gave her money for the same apartment one since July and the other since june. To find out four other people were victims. She has an accomplice name Marlene who she says is her best friend who is also in on the scamming. MARLENE IS SCRATCHY BABY MOTHER FROM DUNKIRK.
I want back my money!!!!Kelly is now in Rikers on 4 counts of GRAND LARCENY this lady has no papers and is from St.Lucia. Two ah unno need to go look a workkkkkkkkkk n stop the scamming people haffi work too hard. 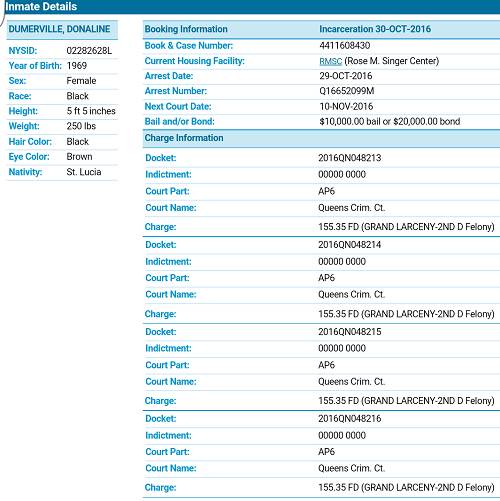