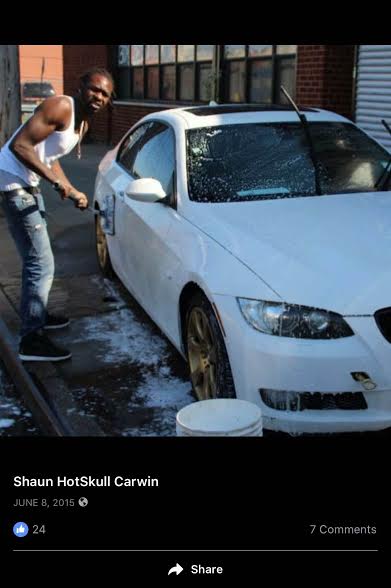 I wasn’t going to send this in but met the ppl dem need fi know. Shaun aka Mr. Palmer is a sad excuse for BLACK GROWN MAN. Shaun just turn 30 and have nothing going for himself and one Pitney for sure. And a next Pitney him a claim but say the mother say it’s not his. And he still a claim it. Idiot right? He used to have this nice young girl but he dog her out til she weak. Dis same liar bwoy in every part of each borough except Brooklyn. He used to have a white bimmer and live in Rosedale. Where he meet the young girl she was like *9/*0 and in LOVE WID HIM. Fi HAR fadda see and used to let the bwoy sleep over. Next ting you know. The bwoy say he been sleeping in fi him car. How you have a nice BMW like dat and sleep inna it. Met these dancehall mean ARE SAD. That’s when he was 27/28 now a lil growing girl like she bring him up. Now later on in time he claim he get Music deal back a yaad. After his cousin JCapri died. When you check a stat Di man a f**k his “Music Manager”. And Di girl would send him money all the time, while he was there. Finally the youngin get tired of it and confront him he say nothing nuh go so. Long story short he ended up giving Di girl bun.

Mi send it fi tell all of you young girls to leave these no good men the first time you notice dem no good.