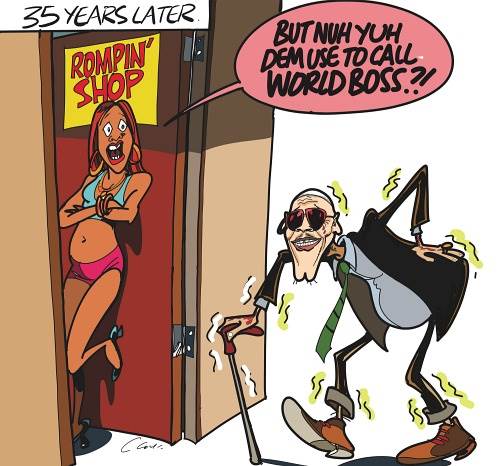 THE mother of imprisoned entertainer Vybz Kartel is hopping mad that her son has been sentenced to life behind bars, saying that justice hadn’t been served.

She said that she was expecting him to be sentenced to between 10 and 15 years in prison.

Asked what sentence she was expecting for her son, Palmer said 10 to 15 years.

Palmer said that she hasn’t eaten since the sentencing of her son, Adidja Palmer, and three other men — Shawn ‘Shawn Storm’ Campbell, Kahira Jones and Andre St John — to life imprisonment by Justice Lennox Campbell in the Home Circuit Court on Thursday.

The men were convicted for the murder of former friend Clive ‘Lizard’ Williams at a house belonging to Vybz Kartel in Havendale, St Andrew, on August 16, 2011. He was killed over the disappearance of two illegal guns. His body has not been found, a fact Campbell took into consideration in sentencing the men.

“One thing mi waa ask the judged: Why him give me son life,” she sai