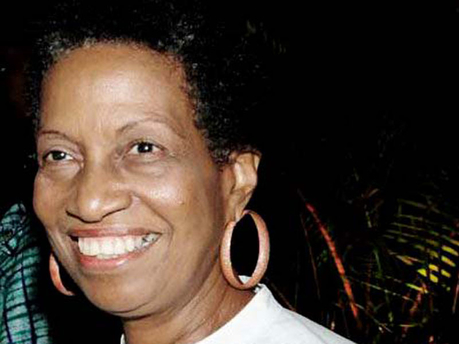 Edmond Campbell, Senior Staff Reporter
AS JAMAICA continues to make preparations and put structures in place to deal with the deadly Ebola if it lands on local soil, one general practitioner who is also a practitioner in alternative and complementary medicine, is urging health officials to incorporate indigenous traditional healers, commonly called obeah man/woman, into their Ebola sensitisation exercise.
Dr Sonia Davidson has argued that, with no conventional medical cure for Ebola, it is not improbable that someone affected with the disease could seek help from indigenous traditional healers.
“I do think that, as part of the Ebola momentum, we should make it our business to find out every traditional healer anywhere … . Find out who they are; have discussions with them, because people can slip into the country and go down to Clarendon, St Ann, St Thomas or Portland to see their obeah man and, don’t think is just poor people who do that, you know,” Davidson reasoned.
“This is the opportunity to do what the World Health Organization has been telling us to do all along, find out where your indigenous traditional healers are, document them, relate to them and upgrade their practices. Examine the condition in which they work and have them registered,” she outlined.
Educate About Symptoms
According to Dr Davidson, it is critical that these traditional healers know about the symptoms of Ebola because “by the time everybody goes down there and touch up and vomit, him must know that there is a thing called Ebola and is not duppy, and how Ebola is transmitted.”
She said a lot of health professionals have told her that the first place an Ebola victim would go after arriving into the island would be the obeah man.
“If that is the case, how are you having all these meetings and training and you don’t include the traditional healers? We have to get off this elitist mentality,” the senior medical practitioner said.
Commenting on indigenous traditional practices in the context of alternative or complementary medicine, Dr Davidson said the former is a subgroup of the latter. “It is a part of the culture; you can’t dig it out – a part of the culture where people go to obeah man.”
Discussing the deep-rooted connection between this indigenous culture and especially rural communities, Davidson stressed that the people are likely to consult these “healers” first.
She said about 70 per cent of the world’s population look to the traditional groups for their care, but the percentage of Jamaicans who visit these persons is not considered to be very high in Jamaica.
More Sharing ServicesShare | Share on facebook Share on myspace Share on google Share on twitter
The comments on this page