Mix-up in, So, this is Georgina RealRich Castona from Boston I am sure you all have heard about her by now. She has an Artiste and Music Promos business and also works as a Party Host and does online party promotion. Story in is that she was recently seeing someone’s man in Rhode Island & her and the man got into an argument and the man took her name to one of his women which resulted in a big Facebook brawl. Sources says the man didnt tell the woman that he was having a relationship with Georgina he only told her Georgina was talking mess about her saying her house is crowded with people and empty, she only has three pairs of shoes and one black boots she weara every weekend, always wearing leggings cause her skin looks nasty, her range rover parked over a year, she is always working double she is broke she aint no hype lady, she is ulgy and only looks good in her new hair style and her makeup techniques, she tall and fava gaint, and the man brought back everything to the woman, wah Alkaline seh about man who carry news to woman.

The story getting juicer, the woman who got the news that Georgina was talking abour her is also a Side chick serving a relationship sentance of over 11 years cause the man is married and has a wife and 1 year old baby. We heard that Georgina took many jabs at the situation on her Facebook page and made light of it to get under their skin. We heard that they had Facebook Hero and a very popular DJ in NYC made several mix CD’S to done her but from what we heard Georgina likes It cause its giving her so much exposure everyone is checking out her page and requesting her on FB and enjoying the juice. One of our admin says Georgina enjoys when people talk mess about her cause no one pays attention to positiveness so if they are even insulting her she doesn’t care. 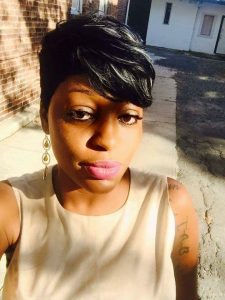 It nuh done yet, Georgina revealed some screen shots and they started rumors that she used an app so Miss Georgina took to FB some raw screen shots and exposed some break up messages of the man begging her for a second chance, some bedroom of nyamming story, home made video, and booster secret because people thought the man was loaded and was paying store prizes for his side chick gucci and his gucci and other luxury items. Georgina says the man and the side chick told her them hussle together so that’s why they stay together it’s a relationship ship based on image.

What makes it more interesting Georgina also posted his paycheck at $12 an hour working lots of over time so when unuh see hype man don’t follow the hype. The side chick in Rhode Island has a range rover that has been parked for over an year so Georgina is saying they are both broke cause all the woman post about is double double double” just did a 16 hour double 16 more to go” eyes always swollen no sleep always working to keep up…So, anyways, heard the Rhode Island girl had a party and the party was dedicated to Georgina along with the mic CD to promote the party, we heard that everyone went to party to laugh to see how the man and the side chick would act. Sources says the pics look good but watching them in person was very painful cause they were ashamed putting on a show down to their dance and not once they made any eye contact or kiss someone said the man had to whisper in her ears to go along with the dance to style on Georgina.

Heard Georgina is enjoying all the attention cause she went viral and now the most watched and talked about. They locked down her page Sunday evening before the party so they could talk mess about her, heard her page came back late Sunday night with a 72 hour posting restriction so Georgina will soon be out of Facebook jail between Wednesday and Thursday. Heard them look ah hot mess trying to put on and how the woman looked stressed when the camera wasn’t on her not sure why someone would waste 11 years being a side chick and wanna fight another side chick over a man that’s not hers…Facebook Tun Up