SOMEONE POSTED THIS LASTNIGHT…. RIP MARSHA

At least three people were killed in motor vehicle crashes between yesterday and this morning. 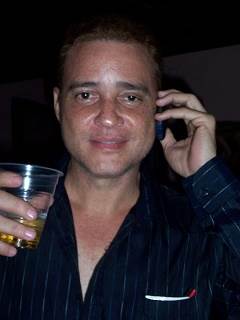 In the latest incident, a man was killed and two others injured in a motor vehicle crash along the Retreat main road, shortly after 6 a.m. this morning.

The dead man has been identified as 20-year-old Delano McFarlane of Bessie Baker district, Hanover.

The Savanna-la-Mar police say McFarlane was a passenger in a Toyota Corolla motor car when the driver allegedly lost control of the vehicle and it crashed into a utility pole.

All three occupants were taken to hospital, where McFarlane died while being treated.

The driver and a female passenger were admitted in serious condition.

And last night two people were killed in a motor vehicle crash along the Prospect main road in St Mary.

The victims have been identified as 45-year-old Caswell Baylis, of Donhead Avenue in St Andrew and 35-year-old Marsha Singh of Honeyhill Close, also in St Andrew.

The Prospect police say sometime after 9:00 p.m., the two were in a Toyota Corolla motor car heading towards Ocho Rios when the driver allegedly lost control of the vehicle and crashed into metal barriers on the side of the road.

Baylis was pronounced dead on arrival at hospital while Singh succumbed to her injuries during treatment. 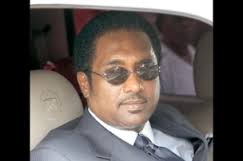 NOTICE OF
PROCEEDINGS
IN THE SUPREME
COURT OF
JUDICATURE OF
JAMAICA IN THE CIVIL
DIVISION
CLAIM NO. 2013 HCV
01001
IN THE MATTER OF THE
Children (Guardianship
& Custody) Act
BETWEEN MARSHA SINGH
CLAIMANT AND DANHAI WILLIAMS
DEFENDANT
TO: DANHAI WILLIAMS
MIRAMAR, FORT
LAUDERDALE
FLORIDA
TAKE NOTICE that the
Claimant herein has filed
a Fixed Date Claim Form
on February 22, 2013 to
obtain the following
orders:
(1) That the Claimant be
granted sole custody of
the relevant child Milano
Darshan Williams born
on December 30, 2007.
(2) That the Defendant be
granted reasonable
access to the said child
on such terms and for
such periods as this
Honourable Court deems
fit.
(3) Consequent on an
Order for custody, that
the Defendant be ordered
to pay the monthly sum
of $91,000.00 inclusive of
educational expenses
and extracurricular
activities representing
one half of the basic
needs and expenses of
the relevant child.
(4) Liberty to Apply.
DATED THE DAY OF
October 2013
GRANT, STEWART,
PHILLIPS & CO
Signed………………………
Attorneys-at-Law for the
Claimant
FILED by MESSRS.
GRANT, STEWART,
PHILLIPS & CO., of No.
11a Swallowfield Road,
Kingston 5,
Attorneys-at-Law for and
on behalf of the Claimant
herein. Attention: Mrs.
Kimberley McDowell,
Attorney No. 4515

0 thoughts on “SOMEONE POSTED THIS LASTNIGHT…. RIP MARSHA”