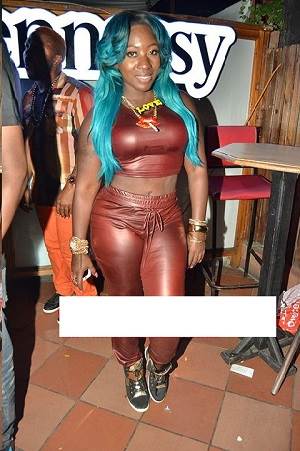 http://jamaica-star.com/thestar/20150108/ent/ent1.html
Spice in France for show, tells how she was affected
Dancehall artiste Spice, who is currently on tour in Paris, France, was five minutes away from the deadly terrorist attack by alleged Islamist militants, which claimed the lives of 12 persons yesterday.
The masked men entered the weekly French publication, Charlie Hebdo, at 11:30 a.m. (5:30 a.m EST) and opened fire on the staff members after a series of cartoons depicting the Muslim Prophet Mohammad were published. Among those killed in the incident were a magazine editor and a police officer.
cancelled
Spice says, “This is my first experience with something like this and it happened just five minutes away from where I am. It’s really scary. I just cancelled my radio station interview which was scheduled because I really don’t think it’s safe to be travelling on the road right now while police are looking for armed men, so mi nah take no chance.”
France has since then, raised its terror threat and declared Thursday a day of mourning.
“I am grieving for the families and friends of those affected. It’s frightening and so sad. I currently have two shows left this weekend. To be honest, I wanted to cancel, but the promoter has tried to reassure me that the attack was a specific target. He says everything should be OK for the shows. It’s all very sad and my prayers go out to all my new friends here in France,” says Spice, whose correct name is Grace Hamilton.
The French police are currently searching for the three gunmen who fled by car.
Yesterday afternoon, the Associated Press reported that the French police had released the names of the three suspects involved in the shooting. The suspects have been named by police as Hamyd Mourad and brothers Said Kouachi and Cherif Kouachi.It is the deadliest terror attack in France since 1961 during the Algerian war.
President Francois Hollande said it was an act of ‘extreme barbarity’, and many foreign leaders have also condemned the attack.