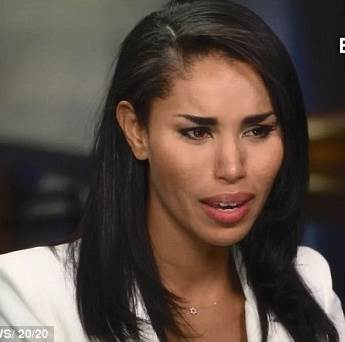 Marianne Garvey and Brian Niemietz of the New York Daily News are reporting there was a verbal altercation between Donald Sterling and V. Stiviano prior to Stiviano’s interview with Barbara Walters:

“He’s screaming at her in the elevator, ‘You’re a media whore!’ She sat there quiet and didn’t say a word,” our tipster says. “Then he looks at her and says, ‘Get off this f—ing elevator! Get off this elevator and shut the f— up!’”

Our elevator-riding spy says Stiviano, who had been trying to persuade Sterling to sit down with Walters, then pressed a “random button” and got off the elevator on the 15th floor of the hotel, disappearing as the doors closed.

Sterling, meanwhile, continued his rant to a male friend, who appeared to be on his legal team.

“He was yelling, ‘She’s f—king crazy! I can’t deal with her! She’s nuts!” says our source.

The disgraced Clippers owner then rode the elevator to the lobby and stormed out of the hotel.

Los Angeles Clippers owner Donald Sterling has finally broken his silence following his lifetime ban by the NBA, and he’s remaining defiant until the end.

Sterling’s firestorm has all been sparked by tapes that were leaked to TMZ and Deadspin, on which Sterling was caught making racist comments to his then-girlfriend, V. Stiviano.

Rather than display some sort of contrition in the days following those leaks, he told DuJour magazine, “I wish I had just paid her off,” per Turner Sports’ Rachel Nichols: