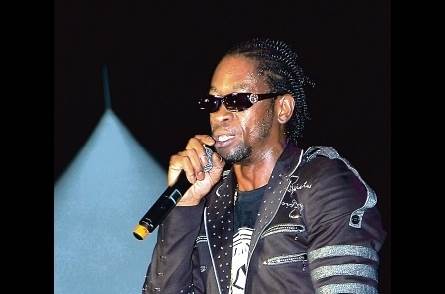 From bottles, fashion and clashes:

THE offices of Supreme Promotions were being renovated last week, leaving its head Isaiah Laing to conduct business in an office bare of furniture.

It is the busiest time of the year for the 56-year-old ex-cop. He is gearing up for Sting, the dancehall extravaganza he started 30 years ago.

This year’s show will again be held at Jamworld in Portmore, St Catherine. For the second straight year, it is a joint production between Supreme Promotions and Downsound Records.

Sting was first staged in 1984 at Cinema 2 in New Kingston. It was held at the dawn of modern dancehall’s digital age and featured singers Sugar Minott, Tenor Saw and Michael Palmer.

The genre’s biggest names have played the Boxing Day show over the years. Reputations have been made at Sting, the pride of high-profile artistes have been hurt.

He uses the roll call of artistes who got their start on his show to reinforce his boast.

“Sting made Bounty (Killer), Vybz (Kartel) and Mavado. It put them where they are today,” Laing said.

Each of those artistes have engaged in the theatrics that has helped make Sting a dancehall spectacle. Despite its notoriety, many artistes scramble to get on the bill.

“It’s the only show that caters for dancehall artistes and fans. It gives the artiste who does well a lot of exposure because promoters want them, especially in the UK,” said Alexander. “If you do well on Sting, you can do well anywhere.”

Thirty years is quite an achievement but even Laing agrees that artiste clashes and fans hurling bottles at unpopular acts, has hurt Sting’s image.

“Some of the things that happened I wouldn’t want to re-live, but that’s history,” he said.

Super Cat and Ninja Man, two of the artistes who figured in arguably Sting’s most infamous clash, are back for the 30th anniversary show.

The former was pelted with ‘missiles’ during the 1991 renewal at the National Stadium, which led him to threaten a section of the hostile audience.

Many associate Sting ’91 with that incident but Laing has fonder memories of that year.

There have been low points too. Laing says the 1999 event at Jamworld flopped after headliner Capleton withdrew three days before show-time. He refused to perform once Beenie Man was on the card.

Closer to home, Laing says he has sacrificed a lot to keep Sting alive. This includes the loss of five apartments and a house.

Laing, who is from rural St Catherine, launched Sting after promoting a clutch of successful dances at Spanish Town’s Prison Oval and Cinema 2.

In 1984, he was known nationally as a no-nonsense street cop, working some of Kingston’s toughest areas.

His moonlighting as show promoter did not impress his superiors at the Jamaica Constabulary Force. It is widely believed that friction led to Laing leaving the force with the rank of detective sergeant after 20 years service.

Laing credits his tenure in the police force for keeping Sting on the frontline, when many of its contemporaries have folded.

“I remember the days when me an’ gunman shoot it out, dem get wey but it was back on the job next day. It’s basically the same with Sting, yuh have to fight even when it tough.”