Bishop Stehpen Ricketts, who led members of the Mount Maria Zion Truth Fellowship Spiritual Church of God, died yesterday after the vehicle ran off the road into the Rio Cobre.

“No God, me nuh want dead like this,” is what 19-year-old Shane Harris remembered thinking while in the cold Rio Cobre early yesterday morning.

Harris was with seven other church members when the vehicle in which they travelled plunged into the infamous river as they travelled to Bog Walk in St Catherine.

“My side was stuck to the wall,” Harris told the Jamaica Observer. “When the vehicle fell, my side first hit the rock an a so comes me hit me head and it flip and my part stuck right at the concrete. Me a try swim round an a try find me way out but God work inna mysterious ways.”

He said something supernatural happened.

“Me neva have no way fi escape so me did a say everybody come out lef me. So me a try fight my way fi come out now an me see a white bright light, bright, bright light, me nah talk bout nuh regular car light or flashlight, an di light come an one white han stretch out an me hol di han an come out,” Harris said as he relived the ordeal.

“When me come out a di car, me deh inna di water a try float out myself an me a sink cause di water very deep, me couldn’t feel di bottom an den me feel two han jus ease me up pan di water top an me grab on pan di car an go up pan di top. Den some man weh did deh roun rescue me an tek me out a di water,” a somber Harris continued.

“It’s a miracle. Me still a wonder if me still alive,” Harris, the survivor said. “Fi know say everybody else did free an my part did block off,” he said in disbelief.

Harris told the Sunday Observer about the moments before the accident.

“We did a talk, an a chat, bout di legend tale story we hear bout di mermaid an stories until dat happen,” a teary-eyed Harris rehashed.

“We were just talking and laughing and my Bishop tell me to sing a song. When di car go down him (bishop) say ‘Jesus Shepherd Harris’, that is what him call me, and di car just go down. There was screaming I think me hear some a dem say ‘Jesus’ an ‘help me’ an ‘mercy’,” Harris recalled as he stared into space.

“It go down quick. It go deep. Trust me, it go deep, very deep,” he said, interestingly admitting that he “always wanted to take a swim there.”

“When me come out, I was going to dive to see if me can take out nobody else but me did tired, very tired and me did short a breathe so me nuh bother risk it,” he noted.

Yesterday, the police reported that about 1:00 am, six persons were amongst eight in a Suzuki Grand Vitara motorcar when the driver allegedly lost control of the vehicle and ran into the Rio Cobre.

“Me a tell you di truth mi nuh know how di car get fi go off inna di river but it go off,” Harris, the only survivor said.

Harris was taken to the Spanish Town Hospital to receive treatment but said “the doctors dem neva did a pay me any mind so I come out an sit outside and wait on di bodies to come and my parents to bring some dry clothes for me.”

Investigators said it appeared that they drowned before help could reach them.

A group of revivalists, Harris said the persons travelling were members of the Mount Maria Zion Truth Fellowship Spiritual Church of God in Commodore (St Catherine), were going home with the Bishop to prepare for a church trip that would have happened today.

“We did fi go Hanover. We did a go one different church,” he told the Sunday Observer when asked why they were travelling at that hour.

“Di rest a dem just a come because… we were going to leave 8 o’clock so everybody a try come in fi we leave as early as possible,” he explained.

Originally from Tawes Pen in St Catherine, Harris has lived with the bishop for the past three years and described the group as “one big happy family.”

His mother, Camille Davis, was initially told that her son had died. When the

Sunday Observer visited the community, Davis, a soft-spoken woman, stared into space as everyone else around her spoke loudly.

“Me just thank God say him alive and come out. A just God work,” she whispered.

Meanwhile, things were not so happy at the homes of Benjamin Bryan and Crystine Morris, also from Tawes Pen, as their relatives mourned their lives when the

As the team entered the yard of Bryan, his aunt screamed in sorrow.

“Mi baby gone. Me nah see mi baby again,” she said just before she bawled and covered her face.

Bryan’s godfather, Royston Sinclair, said the 29-year-old was raised by him and aunt Rose who couldn’t bring herself to speak. 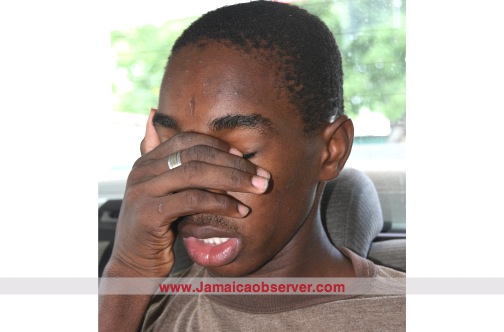 He said they had warned the young man to stay home after he told them of a dream he had earlier in the week.

“Him nuh deh yah man an we a talk to di man an we a say nuh bother go wid bishop an him say him a go wid bishop… an by time we deh ya we hear say di van go over Flat Bridge,” Sinclair told the Sunday Observer.

“Sometime di idleness nuh work enuh, an it really nuh work. It come like we know say something ago happen an we tell him ‘Benji Don’t lef di yard, don’t go noweh’,” he reasoned when asked why he tried to dissuade him.

“Inna week him dream seh River Maid a carry him weh, carry him down under water an go show him him house an show him nuff gold,” he shared. “So me say if you a see dem deh vision deh something wrong. An a di said ting him go drown inna di water.”

At Morris’s home, there was an air of shock, sorrow and anger as her relatives mourned her death.

Morris, 21, peddles stationery items in markets across the island, was described by relatives as a “jovial and cheerful” person. Her sister Samantha Shand said she was at the house on Friday and shared their last encounter.

“[Den] she come back inna di night an she ask mi fi mi baby…an me seh him inna di yard and she go lift him up, an hug him an she give him a kiss an she look fi di [baby] sista round dere. Den me see she turn back out an she seh she a go up a mi aunty go look some clothes fi go weh an dats it, she go weh,” Shand said in tears.

Her father, who was unable to go look at his daughter’s body when the team spoke to him, said he was never agreed with her choice to be a part of that denomination.

“Mi daughter throw weh him life. All me talk to her mi seh girl me nuh like di road weh you deh pan wid dem church people deh. Me nuh like da kind a church deh, me nuh give into it cause a no God dem a say, casue tings weh you a do fi make sacrifice cya be God work,” he said almost in tears.

The family admitted that they could not find the courage to tell Morris’ grandmother, who they said was admitted to the hospital on Friday, hours before Morris’ death. Morris’ uncle Merrick McNaughton was worried that if they told her she too would pass “she nah do too good.”

“It’s shocking to go and have to help pull my niece from out a river, dead. We got a ride and we went on the location, so we assisted in getting her out of the water,” he said.

“She fell from the van, when the van was being pulled, so all the occupants were still there so on retreiing the van now she fell back in the water so she was actually the last person to be pulled from the water. In holding her hand and feeling the coldness, is a traumatising feeling fi really witness my niece dead yuh nuh. ‘Cause I always tell myself that I rather my kids bury me an my nieces and nephews support that than me going to them funeral,” he continued.

The authorities yesterday reported that one person is still missing. The community alleged it is the driver whom they said fled the scene upon realising the gravity of the situation.

10 thoughts on “SURVIVOR FROM RIO COBRE CRASH TELLS WHAT HAPPENED”