THE CASE OF THE REAL BUDDY BITER 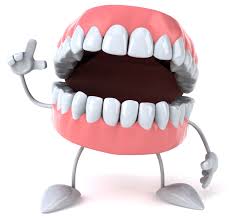 The Portmore resident who is charged with wounding with intent and larceny of motorcar was granted $200,000 bail with a surety.

In applying for bail Attorney-at-Law Ernest Smith told the court his client was only defending his integrity during the incident.

“This man who was a mentor,took my client out for drinks,then instead of driving him home turned into a Culdisac,where he tried to forced himself upon my client who refused his advances,” Smith said with suppressed laughter inside the court room.

Smith told the court his client reported the matter to the police the same night and nothing happened.

The complainant made a report three weeks later and his client was taken in custody.

Bail was subsequently granted on condition that he reports to the Caymanas police station,surrender hi travel document and reappear on July 19,2016.

Allegations before the court are that the day in question the accused injured the (principal) complainant as he attempted rob his motorcar.

A report was made to the police and the man subsequently arrested and charged by the police.

6 thoughts on “THE CASE OF THE REAL BUDDY BITER”