THE POWER OF SILENCE-GOOD MORNING 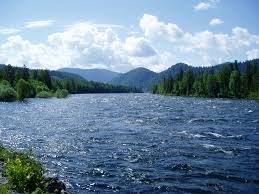 The power of silence

As crazy as this may SOUND, sometimes your greatest weapon in any argument is the WEAPON OF SILENCE!

I have come to learn that most folks aren’t looking for a resolution in an argument. In fact what they’re looking for is a war of words. Maturity dictates that one learns to choose their fights and that can only happen by carefully deciding if an argument is worthy of your participation.

Think about it for a second, can you imagine how silly you would look, arguing with someone, who is paying absolutely no attention to you?

Let’s look at the Bible take on this, “Don’t answer the foolish arguments of fools, or you will become as foolish as they are, Proverbs 26:4. Wow! Scripture is saying to us that a foolish argument emits from fools, and if we respond to their foolishness we are equivalent to them………….. IN OTHER WORDS, FOOLS LOVE FOOLISH COMPANY……………

Scripture further states, if we answer a fool according to his foolishness, then he would appear right in his own eyes, Proverbs 26:5. Therefore the quality and tenure of any argument is solely dependent on your input or lack thereof……..YOU CAN CONTROL ANY ARGUMENT BY THE POWER OF SILENCE!

The bottom line my friend, the word preserve means to keep someone or something safe from harm or injury; also to protect or spare. With that said, it is now clear that the senseless, pointless arguments that you’ve engaged in have not and will not preserve your life. In fact, it’s making you miserable, edgy and completely unhappy. Silence at the appropriate times places you in control it also limits the opposing party to see first hand how foolish they are arguing with themselves. As the adage says, Silence is golden!

TAKE CONTROL OF YOUR ARGUMENTS BY EXERCISING THE POWER OF SILENCE!!

3 thoughts on “THE POWER OF SILENCE-GOOD MORNING”