THE REAL DEAL…WINNER ANNOUNCEMENT AND REASON

**Sender below, where do I know Sushanna from fi mi cannot stand her? People harbor feelings for people when they have PERSONAL associations with them. I do not know Sushanna personally so mi a beg unno when unno a talk nuh mek it seem like I am holding a personal grudge, it looks stupid and doesn’t make any kinda sense. I hardly comment on the topics for this reason. Last night I said what I said because it is obvious , prison gives one time to think and regroup/redo their life and it seems as if this did not happen. It is unbelievable from my end, I don’t understand it and cannot grasp it. So, if this is the reason why you say I who don’t know her, dont like her then you too have an issue with being told the obvious about yourself.***
P.S
I don’t think you, along with them get the point, no one cares why the fight happened or who won. The real point is that ; no change was made, these individuals seem unable to change and will continue to revisit the same life lessons they were to learn the first time around. And this is for all involved, the man , skrums, newly released,wigless and so on. 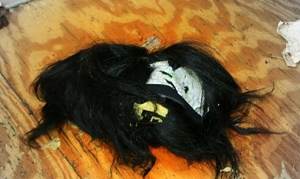 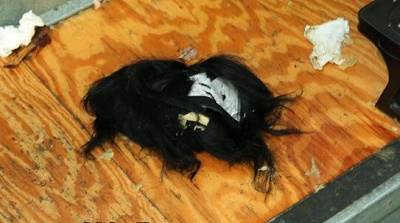 Met me know you can’t stand shushanna and the skrum gal dem neither does anybody else but since them ah say dem famous lets treat them suh . This is the real story Tiffany Barbie is still sexing off bald head and she send him some nude pics of her and made a video f**king herself and send give him on his phone and shushanna guh through his phone and see them that’s when she call up kerryann and apple them and a say let’s beat up dem gal yah because Lisa was also secretly f**kig jue too so kerryann hear that rumor longtime and now she ready for war that’s the real reason kerryann went because she and shushanna dnt really like each other they just put on a front. Apple tell shushanna say she can’t come cause she a work , she work a one plastic surgery office a manhattan as a secretary . So shushanna kerryann, mrs Lou and Sally head to the game fi lay wait them. Shushanna go in and charge off a Tiffany and give her some punch to her eye and Tiffany and grab shushanna breast that’s when Lisa and purple come then kerryann and mrs loud dem run in and a big brawl . Qutanya was sitting way in the back with her child it look like she and them not talking cause she never help or even go look fi sem after the fight . Anyways from what I see shushanna dem did beat them up but however them seriously need fi reevaluate them life a fight over community cocky seriously a so bronx small mek everybody a grind everybody bald head isn’t even all that cute him tall and Lenky Lenky and look kinda slow. And everybody know jue a grind all these young girls a Bronx a pay them phone bill and a give them pocket money . See the pics here on when kerryann tear off purple wig dwll purple run fast

0 thoughts on “THE REAL DEAL…WINNER ANNOUNCEMENT AND REASON”