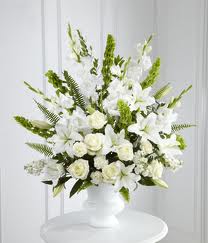 Is There An Unpardonable Sin?

CBN.com – Some people believe that God cannot forgive them. They think that they have committed the “Unpardonable Sin.” It is fairly common to be assailed by the thought that the unpardonable sin has somehow been committed. Such great men in the past as Martin Luther (who began the Reformation) and John Bunyan (who wrote the Christian Classic, Pilgrim’s Progress) were obsessed with this thought. They came out of their depressions through learning about the great promises of God and accepting these promises by faith.

“But when the Pharisees heard this, they said, ‘It is only by Beelzebub, the prince of demons’…And so I tell you, every sin and blasphemy will be forgiven men…Anyone who speaks a word against the Son of Man will be forgiven, either in this age or in the age to come…” (Matthew 12:24, 31, 32).

“What about the one whom the Father set apart as His very own and sent into the world? Why then do you accuse me of blasphemy because I said, ‘I am God’s Son?’ Do not believe Me unless I do what my Father does. But if I do it, even though you do not believe me, believe the miracles, that you may know and understand that the Father is in Me, and I in the Father…” (John 10:36-38).

The very first occasion of human beings ‘sinning against God’ is recorded in Genesis 3:1-7. In this passage of Scripture, Satan enters the presence of Adam and Eve and challenges our first parents to disobey the Word of God. In essence, God commanded Adam (and Eve) to abstain from eating of the Tree of the Knowledge of Good and Evil which was located in the midst of the Garden of Eden. Both Adam and Eve were given access to every other tree in the Garden with only this one Tree being prohibited to them.

When Adam and Eve ‘sinned’ against God, He purposed to send His Son who would communicate the forgiveness of the Father and the plan of salvation which comes through faith in the Person and Work of Jesus Christ. Indeed, the disobedience of Adam and Eve, which resulted through disbelief in the Word of the Father, was remedied in the gift of Jesus Christ (also called the Word of God) who must be believed upon for salvation to occur. But, just as our first parents disbelieved the Word of God in creation, many disbelieved the Word of God for Salvation as He dwelt amongst people during His earthly pilgrimage. This was prophesied to occur. Through the death, burial and resurrection of Jesus Christ, God made a way for sinful humanity to be saved from death.

Upon the Ascension of Jesus into Heaven, He sent the Holy Spirit to earth to convict people of their sins and the need for God’s Salvation. The Holy Spirit does not speak about Himself, but testifies about Jesus as the Savior of Humanity (John 14:25, 15:26 and 16:13). In the same manner, Jesus spoke about the Father (John 5:19-20, 14:31). This “witness” of the Spirit to the Son, and the Son to the Father is extended to all humanity through the Holy Spirit.

The Bible, God’s Word says: You were saved by faith in God, who treats us much better that we deserve. This is God’s gift to you, and you have done nothing on your own (Ephesians 2:8).

For those who put their faith in Jesus: He gave them the right to be the children of God… God Himself was the one who made them His children (John 1:12-13).
Can God change your life?

God has made it possible for you to know Him and experience an amazing change in your own life. Discover how you can find peace with God. You can also send us your prayer requests or chat online with the CBN Prayer Team