THERE IS AN URGENT NEED FOR INTERCESSORS- GOOD MORNING

There is an urgent need for Intercessors
When we finally realize that our real battles takes place in the unseen world (the spirit world), the less efforts we will invest in challenging or engaging folks in our natural world.

Whether we agree with the above statement or not, this understanding is the core understanding and basis of scripture. All throughout scripture it is revealed covertly and overtly the interaction of spiritual forces such as God, Satan, Angels, Demons etc. assisting human beings in their earthly affairs via the request of humans of course. 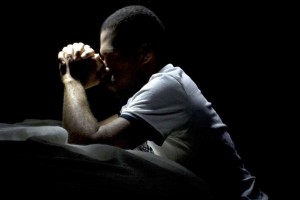 Therefore, the lack of intercessory prayer, prayer worriers, fasting and praying for any country, nation, Island, organization, community, family etc. will only increase the evil activity over that particular area or group. The reason for this is, the human agents of evil are daily engaging evil spirits from the spirit realm to assist them in pushing their evil agenda in the earth. The scripture says to us, “For the transgression of a land many are the princes thereof” Proverbs 28:2. In other words, the frequency of evil in a land will determine the demonic princes ruling over that particular land. As a reminder, we do not wrestle against flesh and blood. Instead our real fight is always against spirits that influences flesh and blood, Ephesians 6:12. unfortunately, these spirits are not only influencing the common man but more importantly our law makers and religious leaders, to put aside the laws of God which establishes righteousness and order and substitute them with the laws of men that will ultimately result in chaos. The scriptures clearly states that there are many ideas in the hearts of men but only the counsel of God or that which he has determine from the beginning will prevail, Proverbs 19:21

On the other hand, the scriptures also says, “By the blessing of the upright a city is exalted, But by the mouth of the wicked it is torn down” Proverbs 11:11. So in both cases, the agents of Satan and the people of God are engaging the spirit world to either bring blessings or curses to a nation, country, community or family by the evil or Godly declarations that they’re declaring on a daily basis through, prayer, fasting, etc. This now explains why in certain countries prayers are being ban in schools or folks that profess Christianity are limited in their freedom of speech while other are free to say and do whatever they desire and it’s okay. The reality is, this is a spiritual war where the true genuine believers of Jesus Christ, must look beyond his or her political persuasions or misguided religious leaders and always DEMAND THE WORD OF GOD AS THEIR FINAL AUTHORITY, in spite of how unpopular it may be to others that are seeking their own evil agenda. I promise you, when you decide to stick to the commandments of God even those that claim to be on your side will begin to challenge you, but always remember the laws of God are there to protect those that participate in them in spite of the persecution that comes along with it. Those that resist you for standing on what the laws of God says are challenging God and not you, so it is God that they will have to answer to and not you!

Unfortunately, the people of God seems to have dropped the ball in this most vital area of spiritual warfare. They either do not know or have dismissed the understanding that while they are silent (in prayer, fasting, intercessory and making declarations of God’s words against the forces of evil) the agents of evil are relentlessly persuading, influencing and coercing Governments, the Judiciary systems, law makers, our churches and of course at the core of it all our families to pollute, amend, discard, or completely ignore anything to do with God’s laws for mankind. All in a well-crafted effort to implement the counsel of evil in the earth. In my humble opinion the greatest travesty is all of this is the fact that there are some religious leaders who have decided to take the way of (Baalam) by protesting against the laws of God and the people of God in an effort to side and satisfy the laws and limited vision and thinking of men. The intent of the laws of God will always be to protect us from long and short term devastation and annihilation. While man’s law may give the appearance of doing what’s right on the surfce, our future generations will pay dearly for what will satisfy a limited few at that time.

Nevertheless, the scriptures are crystal clear in the following statement, “Righteousness exalts a nation, but sin is a disgrace to any people”. Simply put, shame and disgrace will always be the end result of any people and by extension any nation that alters, amend, change or pollute the laws and ordinances of God almighty. The reality is they are altering the spiritual ordinances that was put in place by God to protect us and they’re now actually giving the forces of evil the advantage to successfully work against us. As a side note, every king of the children of Israel that turned aside from the ordinance and laws of God gave rise to their enemies to become masters over them in their own land. Of course it never appeared that way at the time when their law makers decided to change the laws of God. Nevertheless, the long term negative implications that manifested from their actions took a toll on their nation.

I encourage all intercessors, prayer worriers and those that are committed to prayer and fasting to put your best efforts forward in seeking the face and heart of God to intervene in our earthly affairs to dismantle, discourage and to overthrow the subtle devices of our adversary along with his human agents and to see to it that their diabolical counsel fall to the ground and never manifest in the earth! Make no mistake, any law that attempts to supersede the laws of God is a law crafted by the kingdom of darkness to be executed by men to ultimately secure chaos and destruction to whomever that law is being levied upon.