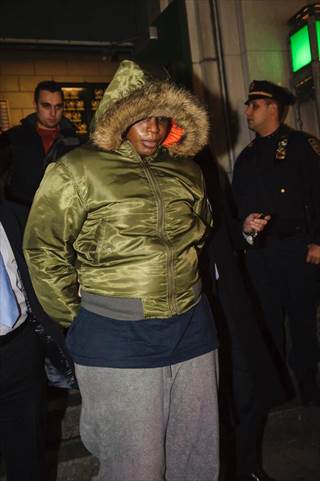 US Prosecutors have charged Kryzie King, 27, born in Jamaica as Christopher King, with first-degree assault, reckless endangerment and unlawful imprisonment in the death of Myls Dobson, who was found dead, last Wednesday in the bathroom of an apartment on Manhattan’s West Side. Prosecutors said paramedics said they found Myls unconscious and slumped over in the bathtub. His broken body was covered with scores of whip marks, burns and bruises, and his testicles had abrasions on them. Police say the boy’s father, Okee Wade, 37, who is currently in a New Jersey jail serving time on a fraud charge, had turned over the care of his son to King. However, Wade told The New York Daily in a jailhouse interview on Sunday that he was a “loving father” to his son. “I don’t know anyone named Kryzie King,” he told the paper, adding “They put in the paper that I was dating a transsexual. That’s just wrong! I like women. I don’t date men, and I don’t date transsexuals.” King was ordered held on US$500,000 bail. The medical examiner is yet to determine how the boy died.

0 thoughts on “THIS WICKED SHEMAN – CHARGED”