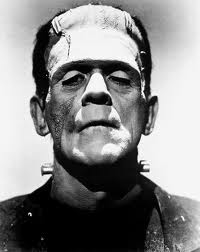 A high-profile case of a Belgian transsexual who chose to be killed by medical euthanasia after a sex-change operation turned him into a “monster” has highlighted the soaring number of people in the region electing to die this way – and has raised fresh questions over the controversial practice.

Nathan Verhelst, born Nancy, gave an interview to a local newspaper hours before his death this week citing his “unbearable psychological suffering” – rather than a terminal or degenerative physical illness – as his reason for dying voluntarily.

“When I looked in the mirror, I was disgusted with myself. My new breasts did not match my expectations and my new penis had symptoms of rejection. I do not want to be… a monster,” Verhelst told Belgian newspaper Het Laatste Nieuws, referencing his double mastectomy and surgery to construct a penis last year.
Advertise | AdChoices

Verhelst, 44, was killed by voluntary lethal injection on Monday according to local media reports.

Euthanasia, the act of a doctor directly killing a patient, is becoming more popular in Belgium and the Netherlands, which along with Luxembourg have all legalized euthanasia in the past 10 years and are the only three countries in the world where the practice is legal.

A “euthanasia kit” available in the 250 Belgian Multipharma chemist shops for the general practitioners who want to practice euthanasia at the patients’ homes.

Last week the Dutch government released figures showing that in 2012 there were 4,188 cases of euthanasia or assisted suicide, or almost 1 in 30 deaths, while in 2011 there were 3,695 such cases – a yearly jump of 13 percent. Most of these were by lethal injection and the majority were lethal injections given to patients in their homes.

Far fewer people are killed in this way in Belgium, but government figures released earlier this year showed 2012’s total of 1,432 represented a jump of 25 percent and a tenfold increase since it was legalized in 2002.

“When you move away from the realm of terminal illness, toward judgments about suffering, you are starting down a very dangerous path and one that’s extremely slippery,” said Caplan, who is a professor at NYU Langone Medical Center.

“Suffering is very subjective; you do not have any line or boundary. Who’s to say, ‘That’s enough suffering?’ And making an assessment on that is very, very hard,” he said.

“Protecting the barriers between caring for someone and killing them is very important. And if suicide is offered to vulnerable people, like in this case, it puts them at tremendous risk,” she told NBC News.

Verhelst’s euthanasia procedure was carried out by Professor Wim Distelmans, a cancer specialist who late last year performed another widely reported euthanasia on two twins who were born deaf and were going blind. The twins said they feared they would not be able to communicate with the outside world and had nothing to live for.

Distelmans has defended the procedure, telling the U.K.’s Daily Telegraph newspaper there was a full psychological assessment of Verhelst and the euthanasia was carried out on the grounds of “unbearable psychological suffering.” He said the case clearly met the requirements of the law.

For some advocates though, the law may hardly even matter.

Tom Curran, European coordinator of pro-euthanasia organization Exit International, says his 60-year-old partner Marie has multiple sclerosis and if she wants to end her life “I will help her, regardless of the law,” he said.

Curran, who lives in Ireland where the practice is illegal, has just lost a high-court battle to let him help his partner die and is fully aware he will be prosecuted if he does so.

He said that even though more people are choosing euthanasia, overall death rates were not going up – he said the figures showed people’s ability to choose when to die merely changed the cause of death, not the frequency.

“The same number of people are dying, it’s just some people are taking the opportunity to have a painless death,” he said.

For those against euthanasia, the worry is that the practice will become “just another medical treatment,” as Marker says.

“It’s possible that people may feel like they do not want to be a burden on their families and chose this course of action,” she said. “In Belgium, as we can see in [Verhelst’s case] the person does not even have to be dying.”

In the U.S., a doctor can prescribe fatal medicine, known as assisted suicide, in Oregon, Washington, Montana and Vermont.

The most famous U.S. supporter of euthanasia was Jack Kevorkian – known as “Dr. Death.” He claimed he assisted the deaths of more than 130 patients and was convicted in 1999 of second-degree murder and sentenced to 10-to-25 years in prison.
Advertise | AdChoices