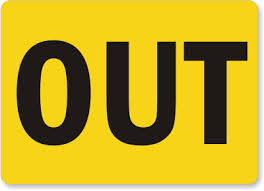 NEW YORK (CMC) — An AIDS awareness group in Trinidad says it has filed a lawsuit against the Government for “prohibiting the entry of homosexuals” to the twin-island republic.

“So offensive is the law that AIDS-Free World has filed suit in the Caribbean Court of Justice against the Government of Trinidad and Tobago, demanding that the discriminatory provision be expunged,” said a statement from the group, adding that UNAIDS is “well aware of the lawsuit”.

The lawsuit comes as UNAIDS and the Pan-Caribbean Partnership against HIV and AIDS (PANCAP) prepare to sponsor a book launch on the subject in Trinidad and Tobago.

On the indisputable principle of human rights, the group said it is “indefensible to have people barred on the basis of sexual orientation”.

On the principle of prevention of HIV/AIDS, AIDS-Free World said it is “well-established that laws which stigmatize and vilify homosexuals create a culture that drives men who have sex with men underground, away from testing, prevention, treatment and care”.

On the principle of freedom of movement, AIDS-Free World said “it is a matter of law that every citizen of the Caribbean should have free access to any other country in the Caribbean.”

“We would argue that the government of Trinidad and Tobago doesn’t have a leg to stand on,” the statement said.

“Why, then, would UNAIDS sponsor a book launch in Port-of-Spain (the Trinidad and Tobago capital)?” the group questioned.

The book to be launched on Tuesday, at the Hyatt Regency Hotel in Port-of-Spain, is titled “Legal and Policy Perspectives on HIV and Human Rights in the Caribbean.”

“Everyone associated with the book launch will surely feel some discomfort,” said AIDS-Free World.

0 thoughts on “TRINIDAD PROHIBITING THE ENTRY OF GAYS CAUSES UPROAR”