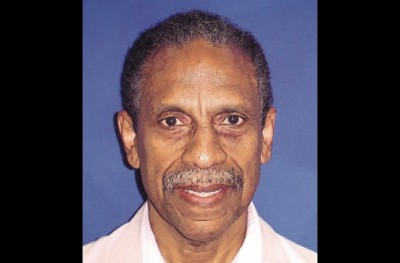 THE University of the West Indies (UWI) Vice-Chancellor Nigel Harris yesterday testified that his termination of Professor Brendan Bain as director of the Caribbean HIV/AIDS Regional Training Network (CHART) was the first time he had fired anyone and that he never meant to cause the professor any embarrassment.
Harris said he never meant to make Bain’s termination public, but that it was already in the news that he would be firing Bain, even before he completed the letter of termination which he issued Bain on May 20, 2014.
“This is not my way of handling people,” Harris said during the marshalling of his evidence by Queen’s Counsel Hugh Small.
Under cross-examination from Georgia Gibson-Henlin, the attorney representing Bain, Harris admitted that he was pressured into firing Bain by the Caribbean Vulnerable Communities Coalition — a group which, among others, represents the lesbian and gay communities.
The UWI fired the noted health professional last May after alleging that his constituents had lost confidence in him following his participation in a case in Belize where a gay man, Caleb Orozco, was challenging the buggery laws of that country.
Bain is suing the UWI for breach of contract, breach of constitutional rights, and defamation over the university’s decision to terminate his contract and the manner in which it had been handled.
Yesterday, in responding to a question from Justice Lennox Campbell, who heads a panel of three judges hearing the case in the Supreme Court, Harris said he had done acted on Bain’s behalf to have the gay communities, donors to the university and health professionals understand and Bain’s expert report in the case in Belize and his life work to help eradicate stigma.
He said he acted as mediator between Bain and the disgruntled groups, but that he was still being pressured.
“All this was coming my way,” Harris testified.
He said that funding to the university was critical to the “outreach and research” work the university does and that it could not rely on the Government solely for funding.
Harris’ examination continues today.