Last week me a tell my co-worker about a situation and she say she know a lady who went thru something similar.Last week Mr.M took sick sick and a so comes dis drama start agen. My ex gf n her sista live a Farrin now.Their Mother did married to Mr.M.The daughters sent money and they did a massive add-on to the house.The Mother died from Lupus n apparently lef the house to Mr.M.

Mr.M remarry n bring him wife from country to live Inna the house. Mr.M ketch sick n go mek will fi give him wife the house so for the 2nd time the sistas gonna get lef out.While this is legal it is so not morally right cuz Mr.M wife tell him fi put Her kids on it. The sista’s have wu reciepts fi how much $Jmillions dem send but they weren’t in their mom’s will. 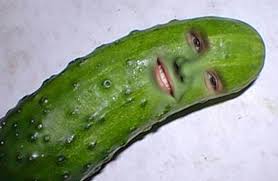 My co-worker say a same way a St.Elizabeth this woman work side by side for 17yrs Inna di sun plant n reap n sell ganja wid her man.They built a majestic 6bedroom Mansion and the week they were to move in as a couple the man tell her it over! She never got a chance to step foot Inna what her blOod,sweat n tears earned her. The farmer move in with a young girl n end up marry her after 2months.The poor farmer chick have 3kids fi him n the dad never want them Inna di house so she lives with them in a 1bedroom shack.She can’t get any justice cuz as u know weed is an illicit trade n dem woulda lose di house under proceeds of crime act(poca).

Met i just think both the sisters and that weed farmer chick need a good good lawyer or may God forgive me fi sey this…..bun dung di 2 houses when nobody not at home n call it a loss n done!What yuh think?