VERY WRONG AND UNFAIR FOR THE STUDENTS 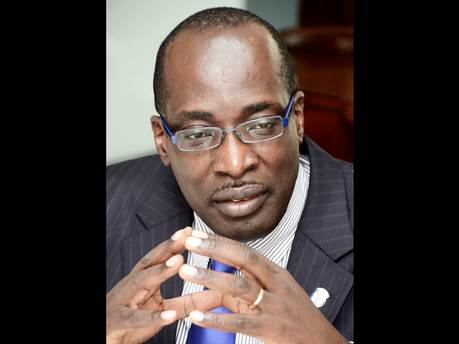 The Caribbean Examinations Council (CXC) has revoked the grades for 70 Jamaica College (JC) students who sat physics in the 2013 Caribbean Advanced Proficiency Examination (CAPE) at the school earlier this year.

The decision was made after CXC officials weighed and measured reports of irregularities with the school-based assessments (SBA) for CAPE physics submitted for the entire sixth-form cohort at JC.

In a letter last Wednesday to JC Principal Ruel Reid, communicating the disqualification of the lower and upper sixth-form students, Dr Didacus Jules, chief executive officer of CXC, pointed out that the probe unearthed that students were instructed to plagiarise previously written labs.

In further explaining the council’s decision to disqualify the students, Jules also highlighted Reid’s admission that there was “unethical and unprofessional conduct” on the part of teaching staff.
A month ago, The Sunday Gleaner broke news that the Caribbean Examinations Council (CXC) decided to withhold the grades for the students until a probe was conducted into the discrepancies.

The local leg of the investigation, conducted by the Overseas Examinations Commission (OEC), was spawned by a complaint sent to the CXC’s headquarters in Barbados by a teacher who had been dismissed by the school. It was alleged that JC had fabricated the internal-assessment grades for its Caribbean Advanced Proficiency Examination (CAPE) physics students.

“The coursework and statements received have been reviewed, and based on the submissions from the candidates and the teachers about the SBA work, the review committee noted that previously completed labs were emailed to the candidates with the request that they rewrite these labs using their own words and then submit them to be marked. In some instances, they were also instructed to mark each other’s SBA without a mark scheme being provided,” noted Jules in his missive to Reid.

He continued: “The committee also reviewed (i) the official declaration you submitted confirming that the SBA samples submitted by the centre met CXC’s requirements; and (ii) your letter to Mr Hector Stephenson, dated 22 August 2013, acknowledging that there was ‘unethical and unprofessional conduct’ on the part of the teaching staff.”

Jules then told the JC principal that based on the evidence, it was clear that the SBA was not administered in accordance with the council’s regulations.

“In the circumstances, the Final Awards Committee (FAC) has decided that the grades for CAPE physics units 1 and 2 should be cancelled in accordance with Regulation 6.2,” Jules stated.

He explained that while the provision being applied speaks to disqualification, cancellation of a grade is the penalty that would be applied in this case.

In accordance with CXC, Jules informed Reid that the Hope Road-based all-boys’ high school could appeal the decision by way of a letter addressed to the registrar at the council’s Barbados headquarters no later than October 18.

In a written statement, Reid confirmed that he received the ruling from CXC and admitted that the students were instructed to plagiarise other people’s material and intimated that the school would not be appealing the regional body’s ruling.

“The attention of CXC was alerted to this matter in July 2013, when a physics teacher, who had been dismissed from the school for reasons unrelated to this matter, sent an email to CXC, in which he alleged that the school had lied about physics lab grades,” said Reid.

He added: “On receipt of the information from CXC, Jamaica College carried out its own investigations. They revealed that a former teacher unethically directed students to copy from previous work of other students from other schools and websites to do their simulation of lab tests.”

As a result of the ruling, the school announced that it has taken steps to underwrite the costs that will be incurred by all affected students who wish to resit CAPE physics in 2014.

Reid also said that the school would contact the parents of the students whose grades have been cancelled, and that it would write “to the unethical teacher a strongly worded letter of condemnation of his conduct in misleading the students and sullying the name of the school”.

In addition, Reid warned that appropriate disciplinary action would be taken against any person who colluded with the teacher.

“Jamaica College apologises to all its stakeholders – the students, parents, past students, the Ministry of Education, the school board, and the public at large – for this unfortunate incident,” Reid noted.

Meanwhile, the Ministry of Education told The Sunday Gleaner that it has accepted the decision by CXC to cancel the grades.

“The ministry is satisfied with the investigations conducted by CXC, in collaboration with the Overseas Examinations Commission, and the subsequent finding ‘that the SBA was not administered in accordance with the council’s regulations’,” read a written response from the education ministry.

However, the ministry made it clear that this should not be the end of the process.

“As per normal procedures, the ministry expects the board of Jamaica College to conduct a thorough investigation into why the school-based assessments were not properly administered and, where necessary, apply appropriate sanctions,” the ministry stated.