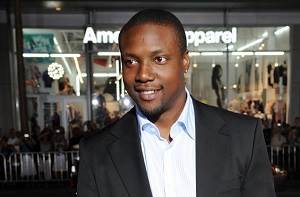 Rob Brown, star of ‘Treme,’ says he was cuffed at Macy’s after making legit purchase

The actor has filed a lawsuit against the retailer, alleging he was ‘paraded’ through the Herald Square location in handcuffs and placed in a holding cell after making a purchase — for no reason other than an employee there was skeptical his credit card was really his.
Comments (79)
By Dareh Gregorian / NEW YORK DAILY NEWS

Robert Brown, star of the HBO show “Treme,” says he was “paraded” through Macy’s Herald Square in handcuffs and detained for an hour after an employee called the cops on him, suspecting the credit card he used to make a purchase wasn’t legit.

Brown’s allegations against Macy’s come just days after another high-end retailer, Barneys, was rocked by complaints it had racially profiled black shoppers for credit card fraud.

A spokesperson for Macy’s said in a statement, “We are investigating the alleged claims, as we were just made aware of this lawsuit. We do not comment on matters in litigation.”

Robert Brown, star of the HBO show ‘Treme,’ says he was subjected to an unlawful stop at Macy’s flagship store at Herald Square.

Brown, who made his movie debut starring opposite Sean Connery in the 2000 movie “Finding Forrester,” says he was shopping at Macy’s storied flagship store June 18 when he suddenly found himself swarmed by “undercover detectives/police officers.”

The suit says he was subjected to an “unlawful stop” and taken to a holding cell within the store, where he was grilled about a purchase he’d made on the premises.

The cops accused Brown of making a “purchase from Macy’s with a fraudulent and/or unauthorized debit/credit card.”

Brown made his movie debut starring opposite Sean Connery in the 2000 movie ‘Finding Forrester,’ above.

Brown made his movie debut starring opposite Sean Connery in the 2000 movie ‘Finding Forrester,’ above.

Brown, who starred opposite Samuel L. Jackson in “Coach Carter,” produced his ID and his card to show the officers it was actually his, but the officers told him the ID “was false and that he could not afford to make such an expensive purchase.”

“No facts existed that would give rise to the inference that either the identification or debit/credit card was fake, false, fraudulent, altered, tampered, or in any other way unlawful,” the suit says.

Nevertheless, the officers rifled through Brown’s backpack and shopping bag, and kept him handcuffed before ultimately releasing him without any criminal charges, the suit says.

The suit says in all, he was detained for over an hour – and had been thoroughly humiliated by being “paraded while handcuffed in a public setting.”

The suit accuses Macy’s and the NYPD of making the allegations against the Poly Prep grad “based on (his) race and age as he was a young black American male.”

It charges Macy’s with racial profiling, and the NYPD with violating Brown’s constitutional rights.

Rob Brown, seen arriving for the premiere of ‘Don Jon’ in September, says he was racially profiled while shopping in New York City.
Jim Spellman/WireImage

Rob Brown, seen arriving for the premiere of ‘Don Jon’ in September, says he was racially profiled while shopping in New York City.

A rep for Macy’s had no immediate comment on the suit, which seeks unspecified money damages.

Brown’s lawyer did not immediately return a call for comment.

Earlier this week, Trayvon Christian, 19, filed suit against Barneys, charging he was followed into the street and accused of fraud after using his debit card to buy a $349 Ferragamo belt at the store in April. He was taken to the 19th Precinct station house and released without charges.

Kayla Phillips, 21, said in a notice of claim filed with the city that she was swarmed by undercover cops after buying a $2,500 designer bag at Barneys in February.