WE MISSED THIS IN THE COMMENTS YESTERDAY

CAN SOMEONE FILL US IN AS TO WHAT REALLY A GWAAN..WHY WOULD HE KILL THAT WOMAN ETC?
Kevin Reynolds, the man behind 21st Hapilos Digital Distribution was arrested by Federal Marshals at JFK Intentional airport in New York on Sunday morning.
According to the New York post, Kevin Reynolds who crafted a new identity and eluded law enforcement for more than a decade, was wanted for the November 2002 shooting death of Winston King in front of his screaming 11-year-old daughter in Silver Spring.
Reynolds, who managed to vanish into the shadows for the past 12 years, allegedly changed his identity to become “Dennis Graham”.
The New York post further states that despite his wanted status, Reynolds managed to fly freely from New York to Jamaica and back without detection until he was finally busted this weekend while waiting to board a flight to Kingston.
Hapilos 21st Digital Distribution has offices in Kingston and Madison, in New York and is responsible for digital distribution for some of the biggest names in dancehall and reggae.
In related news, Hapilos 21st Anniversary and Digital Awards is slated to take place this
Avatar
Marie Grant • 9 months ago
He thought that God was sleeping or maybe went on a long vacation. after he murder my sister Ava Grant, last year 2,24,13…51/2 months pregnant…he thought he was going to get away with it.
Marie Grant • 9 months ago
Praise be to the true & living God. justic will now be serve;he kill my sister,he will pay 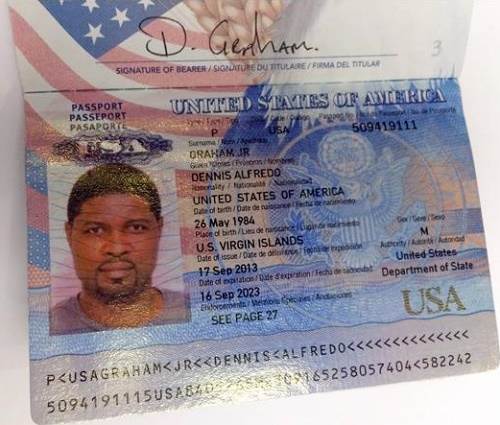 Twenty-nine-year-old Ava Grant, a Jamaican residing in Fort Lauderdale in the United States, was shot and killed by unknown assailants Sunday morning in Portmore, St Catherine.
The Bridgeport police report that about 10:10 am, armed men entered a home in the area and opened gunfire hitting Grant and another female. Both were taken to hospital where Grant was pronounced dead and the other woman treated.
Ray Grant, Ava’s younger brother, told the Jamaica Observer that Grant, who was five months pregnant, left the USA with the father of her unborn child to visit the island.
He said he was told that Ava was at a scheme in Portmore with three females and a young boy when two men rode up on motor bikes. The men asked her if she knew “Andrew” before shooting her up to seven times
He said that his sister has accomplished most of her goals in life, including finishing a nursing degree, “her only dream was to have a family”.
Police investigations continue.

0 thoughts on “WE MISSED THIS IN THE COMMENTS YESTERDAY”