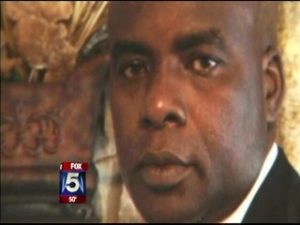 Derrick Ballin was murdered one year ago on December 29, 2009, and his loved ones say they’re still waiting for justice. Police say the 53-year-old man was killed by his own wife in their Lithonia home.

Ballin’s family and his accused wife’s attorney say they have had to wait too long for justice. His
Family spent part of the day on Wednesday at Ballin’s gravesite in Stockbridge, reminiscing over the good times from his life in Georgia and back in Jamaica. They even shared a few laughs, but they say what still leaves them heartbroken is the pursuit of justice after his own wife was charged with killing him.

Louise Ballin, Derrick’s mother, says her son’s murder haunts her every day. Loved ones called him Ricky. They flew in from New York and Boston to mark the first anniversary of his death, allegedly at the hands of his own wife, Pamela Ballin.

On December 29, 2009, Pamela Ballin called DeKalb County police to the couple’s Lithonia home, saying men who broke into the house savagely beat her husband. A month later, she was charged with murder and making false statements to police.

Ballin’s oldest son says the ordeal has left his heartbroken family in limbo. The family questions why there has been no indictment in the case, and so does Pamela Ballin’s defense attorney.

Officials from the DeKalb district attorney’s office declined to comment on camera, but they did issue a statement responding to the defense attorney and the Ballin family’s questions about why there’s been no indictment 11 months after Pamela Ballin was charged with her husband’s murder.

The statement read in part, “We are still actively working and investigating this case to ensure justice is served. We will decide whether to move forward with an indictment or a dismissal after a thorough, proper and complete investigation.”

Pamela Ballin’s attorney says the evidence from the crime scene proves her story about a deadly home invasion was true. He says Pamela Ballin is grieving for her husband just as much as his family members are.