WHY DOES THE JAMAICAN DIASPORA FIND IT SO HARD TO GIVE? 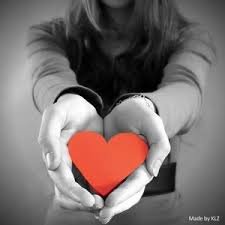 SEPTEMBER 10 last year started as just a regular day for 18-year-old Kirby Campbell, as she journeyed from the University of the West Indies where she was studying International Relations, to her home in Kingston 2.

But while heading home on a bus, Campbell said that a young man decided to touch her on her buttocks. The no-nonsense teenager turned to ask him if he was a pervert, which angered the man. As she stepped off the bus along Windward Road, the man punched Campbell in the face, and jumped back on the moving bus.

The impact caused Campbell’s head to forcefully jerk backwards, which was later followed by a swollen neck, head and face.

Today, four months later, Campbell is admitted in the University Hospital of the West Indies (UHWI) where she is fighting cancer in her neck, known as Squamous Cell Carcinoma, which has been growing aggressively since.

Squamous Cell Carcinoma (SCC) is an uncontrolled growth of abnormal cells arising in the squamous cells, which compose most of the skin’s upper layers (the epidermis). SCCs often appear as scaly red patches, open sores, elevated growths with a central depression, or warts which may crust or bleed. SCC is mainly caused by cumulative ultra violet (UV) exposure over a course of time. It can cause one to disfigure and can also become deadly if allowed to grow.

While the number of people diagnosed with SSC in Jamaica could not be ascertained, an estimated 700,000 cases of SCC are diagnosed each year in the United States, resulting in approximately 2,500 deaths.

Dr Myrton Smith, Ear Nose and Throat (ENT) specialist at the UHWI, said that Squamous Cell Carcinoma is the commonest type of cancer that occurs in the head and neck area.

“If it’s a squamous under the skin, then excessive sun exposure can cause it,” Dr Smith explained. “You can also have Squamous Cell Carcinoma that is found in the neck that really represenst a spread of cancer from somewhere else in the body to that area. So you can have squamous cells somewhere else and it spreads to the neck, or anywhere on the body,” he said.

Dr Smith said, however, that it is highly unlikely that trauma could have initiated a Squamous Cell Carcinoma, and if this occurred it would have been an isolated case in the world literature.

But while doctors are unsure if the impact from the blow is the result of the cancer, Campbell and her mother, Sophia Drummond, are convinced.

“There was no sign of cancer or anything and from I got the hit it started to swell, so anybody would link that to it,” Campbell theorised. “Two weeks following this incident, my neck began to swell and on September 30, I felt a lump measuring about a centimetre,” Campbell told the Jamaica Observer.

“Days progressed and this lump grew rapidly and painfully. Because of this, I went to the hospital, where I was admitted for pain control and to research the lump. After doing a lymph node biopsy on November 29, the histology came back reporting that it was cancerous,” the teen explained.

Drummond said that her daughter was healthy and doing well in school before the incident occurred.

“She was totally okay before the 10th of September. She got an upper cut that strained the muscles of her neck and from that time we have been living up here for injections. It’s been painkiller after painkiller,” a discontented Drummond said.

Campbell was first taken to the Windward Road Health Centre for treatment, then made daily treks over to the UHWI for injections.

“She had to leave class and go over to the hospital or to the health centre at UWI because she couldn’t function without the painkiller,” Drummond further explained. “She has been getting morphine and voltaren and it has not been helping.”

Drummond said that her daughter’s entire neck began swelling days after she was hit, while her face was also swollen and she was unable to eat, since her mouth could not open.

“And then I took her back to the health centre and they said it was a strained muscle and they gave her some muscle relaxer, but that didn’t help,” Drummond said.

On November 12, Campbell was admitted to the UHWI for two weeks. But her distress continued after her discharge.

“We had to be coming back for painkillers. Even 4 o’clock in the mornings we have been coming here for painkillers. Sometimes she gets up to seven injections before we could go home,” the teenager’s mother said.

It was after this that the biopsy was done and revealed it was cancer.

While the swelling around her neck has since reduced, a protruding lump now remains at the back of Campbell’s neck — the size of a fist.

Documentation from the hospital showed that the cost for radiotherapy is $1.9 million. Chemotherapy medication, which is not provided by the hospital, is an approximate $25,000 per treatment. She has been scheduled for three treatments.

“I started the radiotherapy a week ago, but in order to continue, the money has to be paid,” Campbell stated. “We have paid $341,000 so far. So now we need to come up with the remaining $1.6 million,” she said.

“But now I am in need of financial aid to carry out chemotherapy and radiotherapy procedures, as well as a surgery to remove the lump after it has shrunken enough to be safely removed,” Campbell said.

Campbell, a past student of the St Hugh’s High School, completed her pre-law studies at pre-university in one year in her anxiety to enter into university. However, her studies are now on hold since she had to be hospitalised. There she is given an injection every four hours to reduce the pain.

“I wanted to become a lawyer, but then I decided that I wanted to work at the World Bank or the United Nations, because with a degree in International Relations, and because I am studying the Chinese language, that is where you would go,” she said.

Campbell is also thinking of studying banking and finance to seal a position at the World Bank.

But despite the large growth and the lack of money to carry out the treatment, Campbell is hopeful that she can still achieve her goal.

“I feel I can still achieve my goals, because it’s not like it’s my brain that is sick or that I am blind, or my hands that I can’t write. I still can do it,” she said. “For me, it’s just like a normal sickness. I don’t see it as a death sentence. I really just want to get the money, do the treatment and go back to school, ’cause nothing is impossible with God. What seen as impossible to man is possible to God,” she said. “I am determined to make it,” she added.

0 thoughts on “WHY DOES THE JAMAICAN DIASPORA FIND IT SO HARD TO GIVE?”